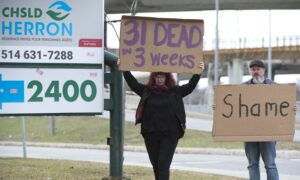 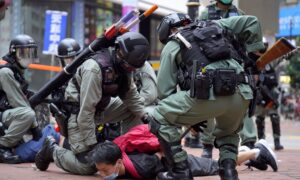 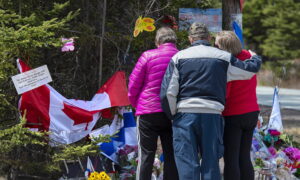 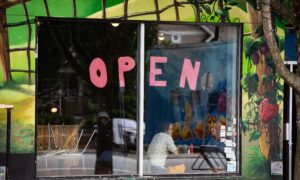 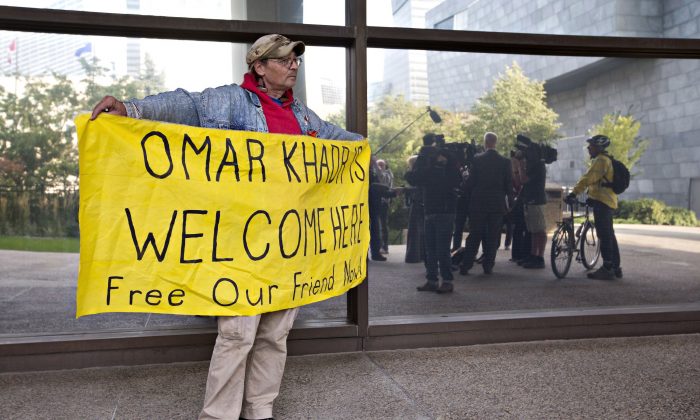 A supporter holds a sign outside the Edmonton courthouse during Omar Khadr's court appearance in Edmonton on Sept. 23, 2013. The former Guantanamo Bay inmate is recuperating after surgery for a wound he incurred in Afghanistan 12 years ago. (The Canadian Press/Jason Franson)
Canada

Omar Khadr Has Surgery on Wound From 12 Years Ago

TORONTO—Canadian detainee Omar Khadr is recuperating in a secure prison hospital in Saskatchewan following surgery on his shoulder, which was badly wounded in Afghanistan 12 years ago.

Khadr spent two weeks recuperating after the operation at the University of Alberta hospital in Edmonton before being discharged over the weekend.

His lawyer, Dennis Edney, said surgeons scraped bone and flesh to remove infected tissue that had been festering since his detention in Guantanamo Bay.

“Our government has long been advised that Omar suffers from serious injuries that were not treated in Guantanamo Bay,” Edney said from Edmonton.

“It is only now he is having his shoulder treated, while his eyesight also demands treatment.”

Correctional authorities recently reclassified Khadr, 27, and transferred him from the maximum security Edmonton Institution to the medium security Bowden Institution in Innisfail, Alta.

After his discharge from hospital, he was transferred via Innisfail to the Regional Psychiatric Centre in Saskatoon, a psychiatric hospital run by Correctional Service Canada.

The secure facility is able to offer Khadr the 24-hour care he needs given that he is on an intense regime of intravenous antibiotics, Edney said. It’s expected he will be there for four weeks.

“No effort has been made to deal with his shattered shoulder blade at this point in time, assuming it can be healed,” Edney said.

Khadr was 15 when he was found horrendously injured in the rubble of a compound in Afghanistan in July 2002 following an intense four-hour fight in which an American soldier was killed and another partially blinded.

The Toronto-born Canadian had been shot twice in the back and suffered shrapnel wounds to his eye.

He would spend a decade in Guantanamo Bay, where he ultimately pleaded guilty to five war crimes, including murder in violation of the rules of war, before a U.S. military commission which sentenced him to a further eight years.

He was transferred to Canada in September 2012 and initially incarcerated at a maximum security prison in eastern Ontario.

While the Harper government has branded him an unrepentant terrorist, Canadian prison authorities have called Khadr “polite, quiet and rule-abiding,” and someone who “does not espouse the criminal attitudes or code of conduct held by most typical federal offenders.”

CSC officials have also said they had no information to indicate he “espouses attitudes that support terrorist activities or any type of radicalized behaviour.”

Khadr is suing the federal government for violating his rights. He’s also trying to appeal his U.S. conviction on the grounds that offences with which he was charged were not war crimes under international law. That case has essentially stalled.