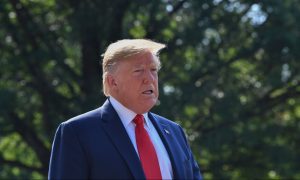 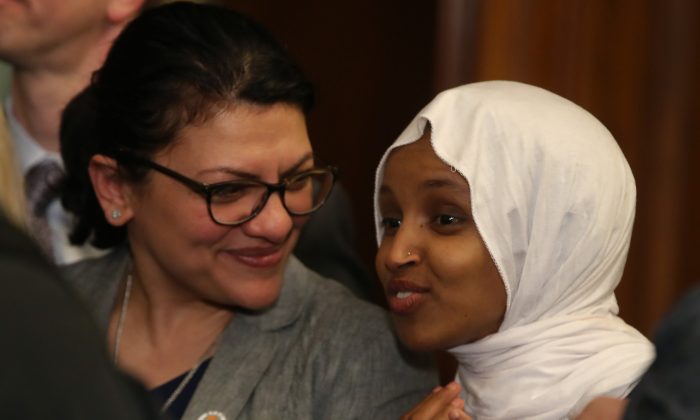 Mitfah, the group that sponsored a trip to Israel planned for Reps. Ilhan Omar (D-Minn.) and Rashida Tlaib (D-Mich.) has advocated against the country multiple times, praised terrorists, and published a neo-Nazi screed.

An article published by Miftah described Wafa Idrees, a Palestinian suicide bomber, as “The beginning of a string of Palestinian women dedicated to sacrificing their lives for the cause.”

Idrees blew herself up in Israel in 2002, killing an 81-year-old woman and leaving 150 others wounded.

The group claims that Israel is occupying lands historically known as Palestine and has said Israel carries out “summary executions of our youth.”

In July 2017, Miftah published a factsheet titled “International Humanitarian Law: The Siege on the Gaza Strip,” which claimed Israel is “collectively punishing the Palestinians to ensure political gain” and is “in complete violation of international humanitarian law” for its “siege of the Gaza Strip.”

Miftah has also published an article alleging Jews used the blood of Christians during Passover rituals. It later removed the English version and apologized but kept the Arabic version up.

Among the other articles the group has posted was a neo-Nazi screed claiming Jews have an “alien grip on our news and entertainment media.”

The group has previously sponsored at least one trip for U.S. lawmakers, a 2016 trip for five Congressmen. They met with Shawan Jabarin, who has links to a terrorist group, according to NGO Monitor.

Rep. Hank Johnson (D-Ga.) after the trip said Israel’s settlements were “almost like termites [that] can get into a residence and eat before you know that you’ve been eaten up and you fall in on yourself.” He later issued a statement saying: “Poor choice of words–apologies for offense. Point is settlement activity continues slowly undermine 2-state solution.”

Miftah has indicated support for Boycott, Divestment, Sanctions (BDS), which seeks to undercut Israeli businesses by boycotting any products from the country. The group has published a list of products and companies (pdf) owned by Israelis as part of its boycott call, saying the mission of the effort “is to force foreign governments, corporations, and individuals to abandon their support of Israel vies-a-vie threats to their economic interests.”

Omar and Tlaib are both open supporters of BDS and the Israeli government cited that support as one of the reasons its barring the lawmakers planned trip to Israel.

On their itinerary, the representatives described their trip as a “Delegation to Palestine.” They also planned to meet with Defense for Children International – Palestine, which has supported the BDS movement.

The group in 2016 claimed that Israeli forces were implementing a “shoot-to-kill” policy, which in some incidents may amount to “extrajudicial killings,” which was examined by the International Committee of the Red Cross and ruled false.

“Only a few days ago, we received their itinerary for their visit in Israel, which revealed that they planned a visit whose sole objective is to strengthen the boycott against us and deny Israel’s legitimacy,” Benjamin Netanyahu, the prime minister of Israel, said in a statement.

“For instance: they listed the destination of their trip as Palestine and not Israel, and unlike all Democratic and Republican members of Congress who have visited Israel, they did not request to meet any Israeli officials, either from the government or the opposition.”

Please read my attached statement with regard to the decision of the Government of Israel to deny entry to BDS activists, Congresswomen Ilhan Omar and Rashida Tlaib, in accordance with its national laws. pic.twitter.com/q9M2N1uRkr

“In addition, the organization that is funding their trip is Miftah, which is an avid supporter of BDS, and among whose members are those who have expressed support for terrorism against Israel,” Netanyahu added.

U.S. Ambassador to Israel David Friedman was among the American officials to express support for the ban, saying the BDS movement “is not free speech.”

“It is no less than economic warfare designed to delegitimize and ultimately destroy the Jewish State,” he said.

“Israel properly has enacted laws to bar entry of BDS activists … and it has every right to protect its borders against those activists in the same manner as it would bar entrants with more conventional weapons.”