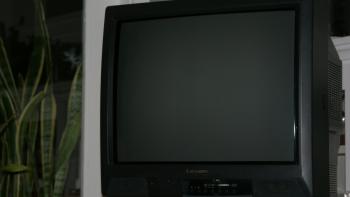 Why I Will Be Switching the Beijing Olympics Off

Mike Cuthbertson
biggersmaller
Print
When I first saw colour television all those years ago, my first impression was how wonderful it would be for watching sport. To me, it was a major step forward for the serious 'couch potato', and as a result, my interest in all things sporty took a quantum leap forward.

I watch most international sports and have followed Wimbeldon, the FA Cup, motor racing, rugby, netball, golf, and even lawn bowls can be quite gripping on a modern TV set!

But the sport I love the best is the Olympics. The track and field, especially all the finals, the marathon, and all the 'original' sports that made up the traditional Olympics. It is an event that puts all of the best athletes in the world on display, and for 10 days or so, I usually become quite sleep deprived as I become so engrossed in the wonderful spectacle called the Olympic Games.

I have never been comfortable with the 2008 Games being hosted by China. It always seemed a compromised decision to kowtow to a big trading nation with no scruples. The West sold itself short and that becomes more and more apparent as the Games approach.

The Chinese rulers (rather than 'leaders') continue to propagate and allow gross abuse of human rights and have no interest in joining the international fraternity other than as a bully.

…Rulers who control their population with an iron fist and the military. If any foreign politician questions any part of this, they are swiftly told to butt out of Chinese affairs—while at the same time using its foreign embassies to attempt to change, distort, and reduce our basic rights to freedom—stuff that we have grown up with—freedom of speech, freedom of religion, freedom to protest, freedom to make all our significant life decisions.

Maybe the same economic, social and political infiltration that has happened in Tibet could happen here in Australia?! No way, impossible you say, we have always been free and always will be – will we?

Truth, Compassion, and Tolerance are three very nice human aspirations, and they happen to be the cornerstone of the reasonably recent movement, Falun Gong.

If you practice Falun Gong in China, or anywhere else for that matter, and subscribe to these three great principles, you immediately become an enemy of the state.

If you practice your faith in public you will be whisked away to a “reform centre” where you must divest yourself of all your beliefs, and swear your allegiance to the Communist Party once more.
If you refuse to do this, it is certain torture of the most barbaric kind, and often death.
Organ harvesting is part of this treatment of practitioners, and the Chinese regime supports it.

Corporate profit comes before all else in the West, and this is painfully obvious in the way we have given to this corrupt and spiritless regime.

Well, I might be “trapped” into buying cheap goods made in China, BUT I don't have to subscribe to such a regime by watching their big showcase Olympic Games on TV, and nor do you.

Yes, I can protest, and I will… in respect of those millions being persecuted within that country. I will not be turning on the TV to watch my favourite sporting event.