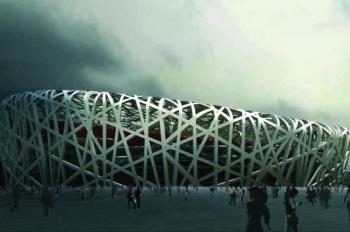 The Mystery of the Olympic Torch Die-outs

Zhang Haishan
biggersmaller
Print
In the recent Olympic Games history, from 1976 to 2004, the Olympic torch has died-out a total of six times, despite facing various weather conditions and obstacles. However, during this year's relay the torch has died-out so frequently that nobody can accurately recall the exact number of occasions.

The Beijing Olympic torch was equipped with an internal ignition device, designed to automatically re-light the torch if it was accidentally extinguished. Using cutting-edge space technology, it was proclaimed to be able to withstand gale-force winds, and other severe weather conditions.

A Beijing space shuttle expert once bragged, “This torch won’t go out even in a tsunami".

However, it seems that even the latest technology was somehow not enough keep China's Olympic torch alive, and Chinese people have started to wonder if this is a bad omen.

If so, it seems that the alarm bells have been sounding since the relay began, with most of the torch's journey marred by disaster and suffering.

When the relay began in Greece on August 24, 2007, the nation was swallowed by the most ferocious fires in decades. By August 26, the fire had raged towards the Peloponnese peninsula in southern Greece, threatening the birthplace of the Olympic flame—the site of the ancient city of Olympia. Miraculously enough, the ruins of the city escaped the disaster, but the location nominated for the lighting ceremony for the Olympic torch was completely destroyed.

The next hurdle occurred during the unsuccessful rehearsals for the Olympic flame-lighting ceremony in March 2008, where two out of three lighting attempts failed. Eventually, the torch was lit from a tinder instead of from direct sunlight, which is the traditional method.

The actual lighting ceremony was also far from perfect.

During the relay leg in Paris, many large protests occurred and the flame had to be extinguished five times. In Canberra, Australia, the torch died-out at the final runner for no comprehensible reason. In Japan, sudden rain extinguished the flame inmid-way through the relay. In Thailand, despite clear weather, and elderly torch bearers who ran slowly, the flame died-out repeatedly.

Below is an incomplete record of Beijing Olympic Torch die-outs:;

April 11, Buenos Aires: torch died out due to massive protests;

April 18, India:torch died out several times for no obvious reason;

In Africa, Japan, Malaysia and Thailand, the flame was put out by heavy rain;

May 3, Macau: torch died out for no reason;

May 4, Haikou: torch died out at the first runner;

May 8, Shenzhen:  torch was extinguished deliberately due authorities' fear of large crowds;

May 27, Nanjing: torch died out due to the fast running speeds;

May 3, Wuhan: t torch was extinguished deliberately due authorities' fear of large crowds;

June 6, Guilin: torch died out for no reason;

June 15, Chongqing: torch died out for no reason several times;

June 16, Shihezi in Xinjiang province: torch died out for no reason;

June 20, Lhasa, Tibet: torch died out for no reason;

The Beijing Olympic torch spent the first 33 days of its 130-day relay journeying outside of China, and then entered the mainland on May 4, 2008. During the last four months, it has passed through 31 provinces and stopped in 113 cities. Throughout the entire duration, the mysterious die-outs have never ceased.

Some Chinese bloggers have suggested that this strange phenomena is a message from the heavens – drawing a link between the "dying-out" of the Communist regime taking place in China right now.

Whatever the reason, the 2008 Olympic Torch relay has certainly been one to remember – although, unfortunately, not with the positive associations usually linked with this momentous global event.