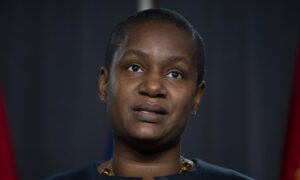 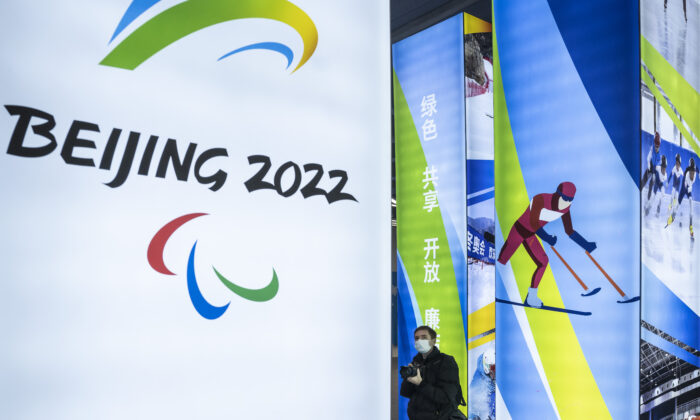 An exhibition centre for the Beijing 2022 Winter Olympics in Beijing on Feb. 5, 2021. (Kevin Frayer/Getty Images)
Australia

A call by Hong Kong activists in Australia to relocate the 2022 Winter Olympics away from China to a country not tarnished by genocide and human right abuses has been knocked back by the International Olympic Committee (IOC).

Australia-Hong Kong Link, a group that supports democracy, freedom, rule of law, and human rights in Hong Kong, told The Epoch Times that while the Winter Olympics is an important event for athletes, China was not a suitable host country given the communist regime’s human rights abuses and lack of respect for other nations.

“The Olympics is supposed to be an event that signifies and promotes cohesion in the global society. With the attitude and behaviours shown by Beijing as of late, it is clear that these are not values it prioritises to uphold,” a spokesperson from Australia-Hong Kong Link said. “To allow Beijing to continue as host of the upcoming games is to condone its actions by providing it with both economic benefits and symbolic international approval.”

The group said the IOC should boycott Beijing as the Winter Olympics host and relocate the Games to another location that was not tarnished by these issues.

The IOC responded by noting they had raised human rights and other Games-related issues with Chinese Communist Party (CCP) officials in China.

In a statement to The Epoch Times, a spokesperson from the IOC said: “These issues were and are raised with the government and local authorities. We received assurances that the principles of the Olympic Charter will be respected in the context of the Games. We will continue to discuss Games-related issues with the organisers as part of the Games preparation process.”

Quoting from a twenty-one-year-old statement by the IOC on its choice for China to host the 2008 Olympics, the IOC spokesperson said the IOC and the Games must remain neutral when it comes to global political issues, given the Games are the only event that brings the entire world together to participate in peaceful competition.

“They are the most powerful symbol of unity in all our diversity that the world knows. In our fragile world, the power of sport to bring the whole world together, despite all the existing differences, gives us all hope for a better future,” the IOC said. “Awarding the Olympic Games to a National Olympic Committee (NOC) does not mean that the IOC agrees with the political structure, social circumstances or human rights standards in its country.”

The IOC spokesperson said that it upholds the human rights enshrined in both the Fundamental Principles of the Olympic Charter and its Code of Ethics and noted that the boycotts of the Moscow 1980 and Los Angeles 1984 Olympics only hurt the athletes who were blocked from attending.

“These two boycotts destroyed the dreams and careers of thousands of athletes from all over the world and deprived those athletes of their rights, but they never achieved any of the political objectives intended by the governments,” the IOC said.

However, a China expert has questioned the IOC’s claim of neutrality.

Gordon Chang, author of “The Coming Collapse of China,” noted in a recent interview with The Epoch Times that the IOC had previously employed the Games as a vehicle to symbolise international disapproval in 1964 when the IOC barred South Africa from participating in the 1964 Summer Olympics in Tokyo because of its apartheid policies.

The government policies meant that only white South African athletes were allowed to represent the country.

Chang said China should be similarly barred because “a significant population in China are not allowed to participate in sport” because they are either being persecuted or being held in internment camps.

There is growing international pressure on the IOC from politicians and human rights groups in the United Kingdom, the United States, and Canada to move the Olympic Games to an alternate location or boycott the event.

Former U.S. Ambassador to the United Nations Nikki Haley said in a recent op-ed for Fox News: “Ignoring China’s evil actions is no way to stop those actions in the future, much less make progress on other critical security and economic issues.”

“If the United States boycotts the Winter Olympics, it will send an unmistakable message that China’s tyranny and threats are unacceptable,” Haley said. “It will show that actions have consequences.”