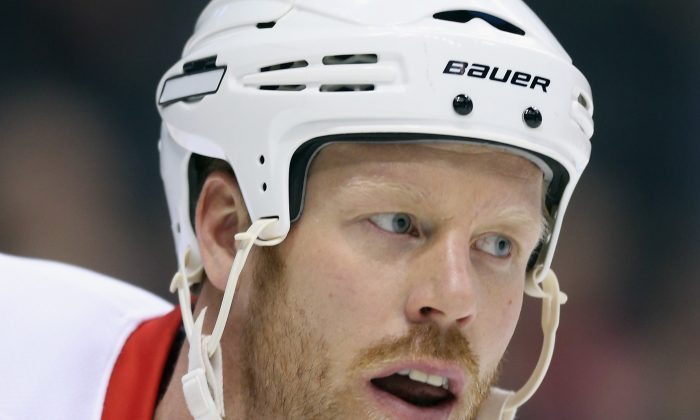 Johan Franzen at Staples Center in Los Angeles, Calif., Feb. 27, 2013. "I’m sure after this [bombings], the security will be higher than they intended from the start." (Jeff Gross/Getty Images)
Europe

After the two terrorist attacks that killed 31 people in Volgograd, Russia, earlier this week, some Olympic athletes fear for their safety at the 2014 Winter Olympics in Sochi.

Sochi is about 600 miles away from Volgograd. Russia has increased security forces in Volgograd and the United States has said it will help reinforce security at the Olympics when the games begin Feb. 7.

It definitely concerns me. … I don’t want to be pessimistic about it. … I think you’re watching events start to happen. It’s a country that’s had massive amounts of internal strife that has manifested itself into actual combat. We’re not far away from where a lot of that has gone on in their country. It’s definitely a concern. -USA Today

I don’t worry given the history of the Olympics and the tragedy that occurred in Munich, the IOC [International Olympic Committee] takes this very seriously. -USA Today

If the political position gets any worse, I sure … won’t be risking my safety just for an Olympic Games. -The Associated Press.

I am concerned. … I’m scared their security may be involved. I don’t know if I necessarily trust their security forces. But they don’t want a national embarrassment, either. I use that thought to relieve some of my worry. I’m sure they want to save their image and their pride. -The Associated Press

I’m sure after this, the security will be higher than they intended from the start. -The Associated Press

It’s terrible we have to live in fear, but that’s just kind of how it is. -The Associated Press

Of course, you’re having thoughts about it. But when we are at the Olympic Games that will be one of the safest places for sure. … I think they are in control. -The Associated Press