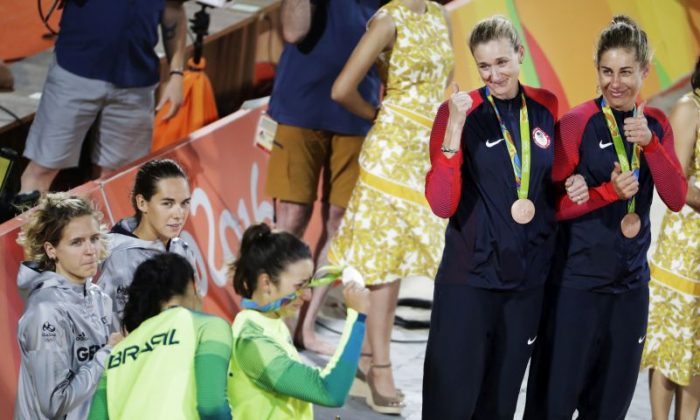 Four-time Olympic medalist Kerri Walsh Jennings says she is boycotting an event on the AVP domestic beach volleyball tour because of two rule experiments that weren’t “honestly or meaningfully” discussed with players beforehand.

Walsh Jennings said in a 950-word Facebook post on Wednesday that she and her husband, Casey Jennings, are both skipping the event in Chicago this weekend.

One rule to be tested would give a server another service attempt if their first one hits the net and falls inbounds, much like on a serve in tennis. Under the current rule, the ball is in play.

The other rule would prevent a team from winning the match unless it is serving.

AVP owner and commissioner Donald Sun did not immediately respond to an email seeking comment.

She said, in part:

“My husband, Casey Jennings, and I have chosen to NOT play in the AVP Pro Beach Volleyball Tour event in Chicago his weekend and here’s why.

The short reason is because there is a major disconnect between AVP ownership & the players and it affects the legitimacy and integrity of our sport.

I want to take this chance to explain myself and to share my perspective, because it is A VERY BIG DEAL for me to choose to miss an event.

Basically, the AVP has decided to use the event in Chicago as a “TEST” event for two new rules they want to try out.”