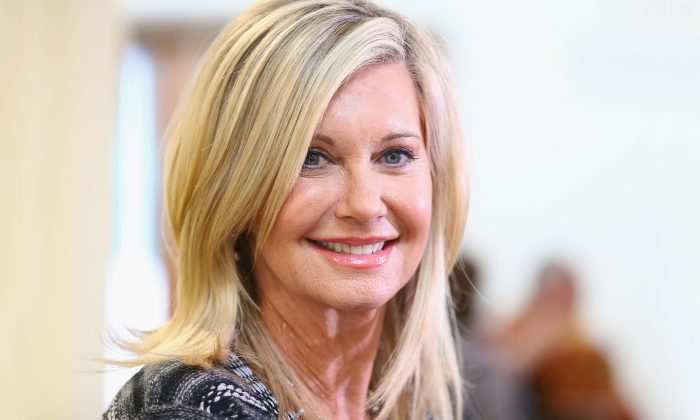 Legendary Australian actress and singer Olivia Newton-John, the star of “Grease” and a pop sensation in the 1970s and 1980s, died on Monday, according to her family. She was 73.

“We ask that everyone please respect the family’s privacy during this very difficult time. Olivia has been a symbol of triumphs and hope for over 30 years sharing her journey with breast cancer,” said her family in a Facebook post.

The singer and actress died “peacefully at her Ranch in Southern California this morning, surrounded by family and friends,” it added. “In lieu of flowers, the family asks that any donations be made in her memory to the Olivia Newton-John Foundation Fund,” they said.

“My dearest Olivia, you made all of our lives so much better. Your impact was incredible. I love you so much. We will see you down the road and we will all be together again. Yours from the moment I saw you and forever! Your Danny, your John!” he wrote on social media.

The English-born singer confirmed in September 2018 that she was treating cancer in her spine. It was her third diagnosis of cancer following bouts with breast cancer over the years.

While Newton-John had a string of popular hits in the 1970s, she was catapulted to superstardom when she appeared in “Grease” alongside Travolta.

“I don’t think anyone could have imagined a movie would go on almost 40 years and would still be popular and people would still be talking to me about it all the time and loving it,” Newton-John told CNN in 2017 about the role. “It’s just one of those movies. I’m very lucky to have been a part of it. It’s given so many people pleasure.”

But as a pop star, she won four Grammy Awards and sold over 100 million records over the years.

“I’ve had many lives in music. I’ve had country when I started, then I crossed over into pop,” she also told CNN. “I had ‘Xanadu’ and ‘Grease,’ many songs in between. I feel very grateful. I have such a large repertoire to choose from.”

Other details about her death were not revealed.