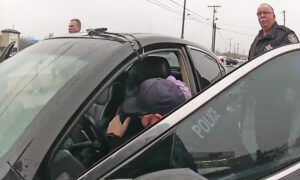 His manager confirmed his death. “We at NET TV offer our condolences for the passing of Olga Syahputra at 4:17 p.m. Jakarta time #RipOlgaSyahputra,” Net TV said on Twitter, via the Jakarta Post.

The 32-year-old had been hospitalized in Singapore since last year. He was a presenter for Dahsyat, a music variety show.

Melaney Ricardo, a TV presenter and friend of his, said she was “shocked,” according to Tribunnews.

The hashtag #RIPOlgaSyahputra immediately became a trending topic after news reports came in about his passing.