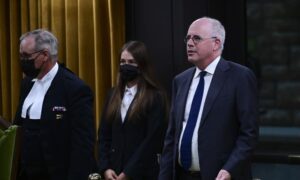 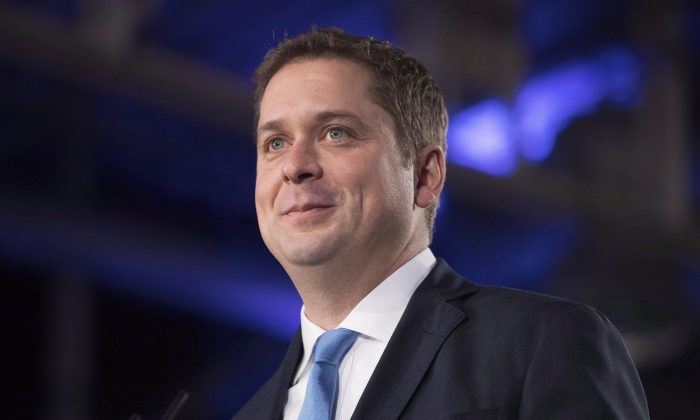 OTTAWA—Conservative Leader Andrew Scheer’s campaign for prime minister next year will get some star power from businessman Kevin O’Leary, the two said in Toronto Monday.

O’Leary ran against Scheer for the Conservative party leadership before dropping out and backing Scheer’s main rival Maxime Bernier. But now O’Leary and Scheer have joined forces in hopes of defeating the Liberals in 2019.

The pair held a question-and-answer session at Ryerson University with students and other Conservative members, showing off their partnership.

“We need a new manager, we need a new government, we need new policy. That’s why he’s here,” said O’Leary at one point, gesturing toward Scheer. “And we’re going to do this all across the country.”

“The whole cabinet is weak,” he said. “It’s a spatula we need. … Scrape it clean and start again.”

For his part, Scheer told the audience that he likes to talk about bringing a “positive Conservative vision” to Canadians. Under him, the party has consistently placed second in public-opinion polls, well ahead of the New Democrats but rarely challenging the Liberals for the top spot.

“Were going to fire and we’re going to hire,” O’Leary said of the Tory plan for the government. “I’m so motivated to get out there and make this change happen because I smell it. I smell the winds of change.”

Brock Harrison, a spokesman for Scheer, said the plan is for the pair to hold more events together.

If Bernier is irked by the relationship between his former rival and former supporter, he didn’t show it Monday. He’s quit the Conservative party now, calling it “morally corrupt.” He said O’Leary backed his Conservative leadership bid but not his new movement, The People’s Party.

Tim Powers, a Conservative strategist and vice-chairman of Ottawa consulting firm Summa Strategies, said if Scheer can learn from O’Leary, then the Conservative party will benefit from his appearances.

“Mr. O’Leary is a unique character. Maybe there are some lessons that can be learned as it relates to connecting to millennials,” said Powers.

But there are also risks involved with the alliance, Powers said, such as if O’Leary overshadows Scheer with his booming personality.