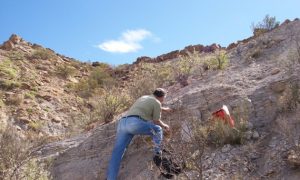 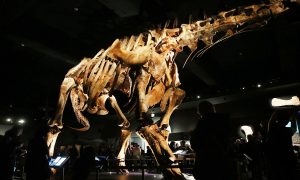 Exhibit Opens for Titanosaur, One of the Largest Dinosaurs Ever
0
archaeology

A significant dinosaur discovery has been made in Wales. A recently published study states that the 201-million-year old creature is “the oldest known Jurassic dinosaur and it represents the first dinosaur skeleton from the Jurassic of Wales.”

In fact, the species’ name contains a reference to a dragon which is the country’s national symbol. Based on the remains, the creature is believed to have been over six feet long with short arms and disproportionately large hands. Additionally, the teeth indicate a likely diet of meat, and the underdeveloped frame suggests it was a juvenile.

About 40 percent of the remains were recovered, including the skull, teeth, and parts of the claws and feet. This means that scientists are able to reconstruct about 80 percent of the physical attributes since dinosaurs are known to be symmetrical.

The find is considered particularly exciting because the dating places it at the start of the Jurassic period when dinosaurs began to diversify and evolve into well-known creatures like the tyrannosaurus rex.