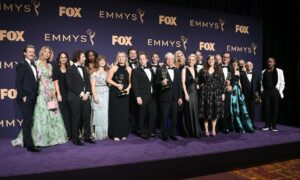 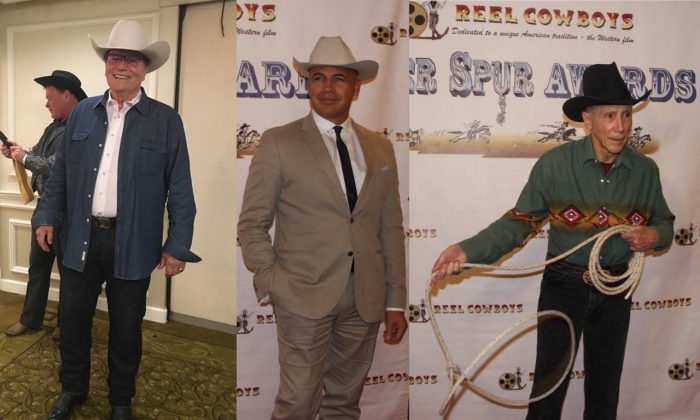 The annual “Silver Spur Awards” presented by Reel Cowboys has been known as “the Oscars for Westerns” since 1997.

On Sept. 21, the 21st award ceremony was held in Studio City, Calif., and seven notable people involved in Westerns were awarded with the Silver Spur Award.

“To me, it’s an award about the core values,” Patrick Wayne said.

“To be honest, to be trustworthy, to be reliable to your friends you can count on. I mean, this is the kind of basic things we all aspire to.”

Patrick Wayne has made over 40 films, including 11 with his father John Wayne, who is considered one of the greatest Western stars of all time. In total, more than 80 of John Wayne’s movies were Westerns, and he played cowboys, cavalrymen, and many other heroes.

Patrick said the people who first came to the West on this continent had to struggle and battle to make a living, with a sense of perseverance. They also followed these core values of fairness and compassion in order to cooperate with each other.

Through the making of Western films, these values were passed down to later generations, which is exactly what Patrick loves to see.

“I believe it’s been lost today so we need to keep, sowing that seed and planting those seeds in our audience with good family films, with good clean Western (culture),” said stunt person and attendee Marguerite Happy to The Epoch Times.

Happy said she believes that Western values represent our heritage. She was born into a rodeo family and has two sons who have continued the tradition, according to IMDB.

Actor Patrick Kilpatrick, who starred in nearly 160 TV shows and films such as “Minority Report,” “Last Man Standing,” and “Eraser,” thinks many modern films rely on heavy special effects, but are lacking in “emotional engagement.”

“We’re kind of in a period where comic books are what’s done, so much in Marvel and DC,” he said.

“I hope that’ll come to an end. … I think people feel it, and after a while, they get tired of it and may change.”

Robert Carradine, who starred in the 1970s TV show “Kung Fu” alongside his brother David, said he prefers real props as much as possible instead of CGI in movies and films. He used a scene where his brother was fighting Indians as an example.

“I think anytime you can use real props, instead of CG props, it’s better. There’s a scene where the Indians are shooting arrows at my brother David. And he’s flicking them out of the way. He really did that. The only thing that he didn’t do was that they didn’t shoot them at him. They threw them at him. Real arrows, that’s why it looks so good.”

“I think the audience can tell when you’re using real things,” he said, while acknowledging that the industry isn’t going to go backward. “I think the horses are out of the barns, and they’re gonna keep using the computer.”

Known for his role in “Tombstone,” actor and attendee Billy Zane called himself a fan of the adventure and action genre, but he thinks “it’s a lost art.”

“I was raised on classics cinema. A lot of movies that came out under censorship had less graphic violence and sex, and a little more wholesome content,” Zane said.

“They instilled a sense of moral fiber, and romance, and poetry, and social contract about civility,” he said. “[And] you’d have to try harder as a storyteller.”