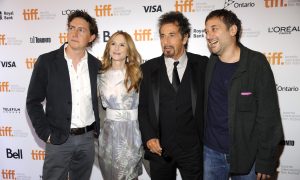 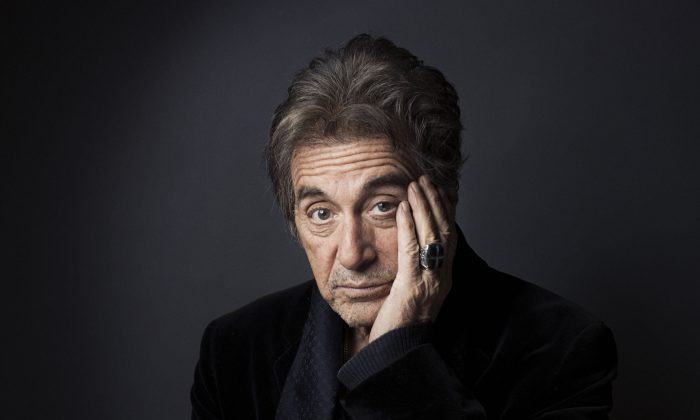 The Goldin Auctions company is offering a treasure chest of celebrity items online this winter, including a Tony Award and a Golden Globe won by Pacino. (Victoria Will/Invision/AP)
Entertainment

NEW YORK—If you have enough money, you might soon be able to say hello to two of Al Pacino’s former little friends.

The Goldin Auctions company is offering a treasure chest of celebrity items online this winter, including Frank Sinatra’s sailor’s costume from the 1945 film “Anchors Aweigh,” a Les Paul guitar owned by both Joe Walsh and Jimmy Page, and a Tony Award and a Golden Globe won by Pacino.

Two awards by the same actor rarely—if ever—become available together.

The auction will open for preview later this week and bids will be accepted starting Jan. 12 through Feb. 7.

The Tony is the one Pacino won in 1969 for best featured actor in “Does a Tiger Wear a Necktie?” The Golden Globe is the one he won in 1973 for playing the anti-corruption New York police officer in “Serpico.”

Modern recipients of both awards are first required to offer their prizes back to the organization before they are offered for sale elsewhere but the Pacino awards pre-date that rule. Pacino gave the awards to his mentor and manager, the film producer Martin Bregman, who gave them to Goldin Auctions.

The guitar on offer is a replica 1959 Gibson tobacco sunburst custom Les Paul that Page bought from Eagles guitarist Walsh in 1969. The Led Zeppelin guitarist apparently loved the instrument so much he commissioned three exact replicas of it. The minimum bid is $20,000.

Other items include Dean Martin’s military jacket costume from the 1958 movie “The Young Lions” and Peter Lawford’s raccoon coat from the 1948 film “Easter Parade.”