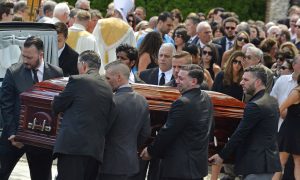 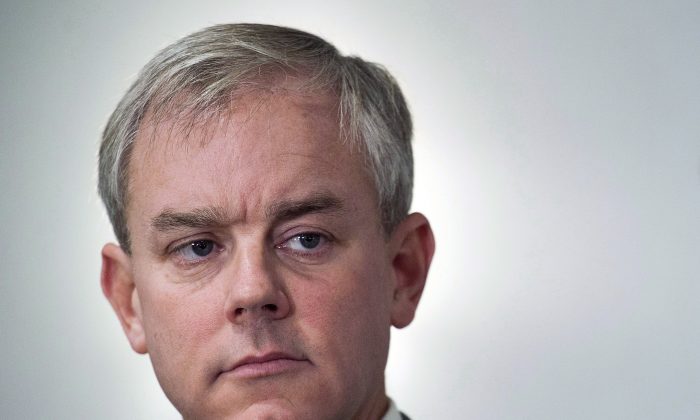 Oland Resumes Testimony at Trial for Death of Multimillionaire Father

SAINT JOHN, N.B.—Dennis Oland is maintaining his innocence under cross-examination by Crown prosecutors questioning him about the death of his multimillionaire father in 2011.

The Crown is cross-examining Dennis Oland at his retrial in the July 2011 death of his wealthy father Richard in Saint John, NB. Follow CBC’s @BJMCBC and @Brett_CBC for full details. Story here: https://t.co/qxD3ZncIl5 https://t.co/9H7YLyttCf

Oland is facing questions about inconsistencies in the statement he gave police after his father’s bloodied body was discovered in his office in Saint John, N.B., on July 7, 2011.

Oland says he was simply mistaken when he told police he was wearing a different jacket when he visited Richard Oland on the day of the killing.

Dennis Oland will be back on the stand today in what is expected to be his final day testifying about the death of his multimillionaire father. https://t.co/ocIJg3kC2m

He says he was also mistaken when he forgot to mention that he had gone back to the office a third time to pick up an item, adding that he made those errors because he was distraught about his father’s death.

The prosecution has suggested Dennis Oland killed his father in a fit of rage triggered by financial pressure.

He was charged with second-degree murder in 2013, but has said repeatedly he did not kill his father.

Oland was convicted in a jury trial in 2015, with that verdict set aside on appeal and the new trial ordered.