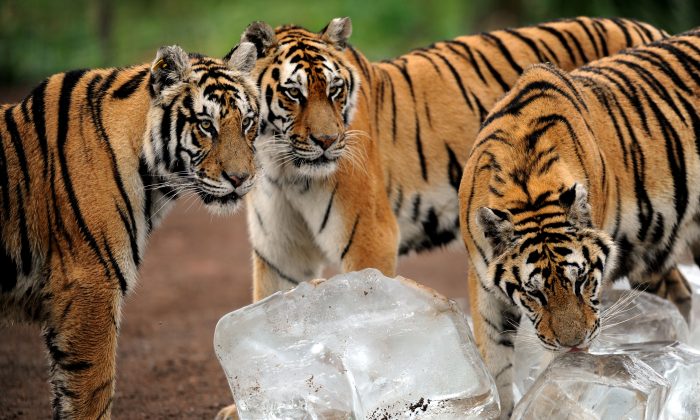 A tiger attacked and ripped up the arm of a zoo worker at Oklahoma’s Garold Wayne Interactive Zoological Park in Wynnewood, reports said on Saturday.

The worker was attacked after she put her arm inside the tiger cage.

“She was wearing a large goose down jacket which got bunched up inside the cage wire not allowing her to get her hand back outside the cage wire fast enough and the tiger grabbed her hand pulling her left arm through a 4-inch-square hole,” zoo owner Joe Schreibvogel told CNN.

She was listed in stable condition after she was taken to the hospital.

The zoo’s owner said the worker violated safety procedures when she put her arm inside the cage.

“The tiger will not be put down and our thoughts and prayers are with the member of our staff that was injured,” Schreibvogel said. “During the entire event she (the employee) was awake and saying it was her fault and plans to return to work.”

Garvin County Undersheriff Jim Mullet told Newson6 that “this is a rare incident for the park.”

Earlier reports said the woman’s arm was ripped off, but NBC News reported this wasn’t the case.

“She was able to pull her arm out — it wasn’t chopped it half, but she sustained severe injuries,” Mullet said.

According to the zoo’s website, the facility has several types of tigers, lions, and “ligers”–a hybrid between a tiger and a lion.