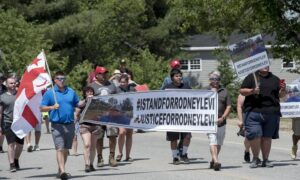 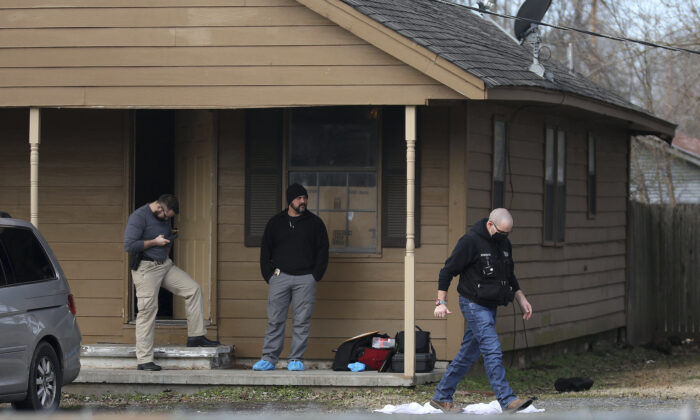 Investigators work at the scene of a suspected mass homicide where at least 5 children were slain in Muskogee, Okla on Feb. 2, 2021 (AP)
Crime and Incidents

Oklahoma Man Charged for Fatal Shooting of 6, Including 5 Children

An Oklahoma man has been charged with first-degree murder for allegedly shooting six people to death, including five children, three to whom he apparently was the father.

Twenty-five-year-old Jarron Deajon Pridgeon was arrested on Tuesday. The children were aged 1, 3, 5, 6, and 9. The adult, who succumbed to the gunshot wounds in the hospital, was allegedly Jarron’s brother, 24-year-old Javarion Lee, reported Fox.

Brittany Anderson, the children’s mother has been hospitalized after being wounded, she is now in stable condition.

“He is not a person, he is a monster. And on top of being a monster he is a coward for doing what he did,” Raven said. “I don’t know what kind of person would do that, let alone a person who could take the lives of their own kids.”

“They were great kids, they were smart, full of happiness, energy. They were, they just loved life,” Raven added. “Honestly it would just be great if everyone just continued to pray.”

Officer Lynn Hamlin said that Pridgeon lived with the now-deceased together, it’s still not clear why the gunshots were fired.

“It was not random obviously because they all did live in this home together, but as far as what all those relationships look like, we just don’t know that yet,” the officer said, adding that Pridgeon was not cooperative with the police.

Police were called to the shooting location at around 1:30 a.m. on Tuesday, responding to a call claiming that several people had been shot.

Police said that they saw a man with a gun who ran from the scene but was soon captured. One of the officers fired a rifle shot, missing him.

Muskogee Public Schools published a statement regarding the tragedy, and corroborating that some of the children went to Creek Elementary school.

The statement read in part:

“We regret to inform our Muskogee Public Schools community that two members of our student family at Creek Elementary passed away overnight. Another Creek student was injured in the overnight incident. Muskogee Public Schools was first made aware of the situation early this morning and immediately made arrangements for additional counseling services at Creek Elementary. Our Crisis Team is working with Green Country Behavioral Health to provide grief counseling which will continue throughout the remainder of this week. We encourage any of those students or staff members directly impacted by this incident to seek these services.”

A GoFundme was established, and an anonymous donor offered to cover the funeral costs.