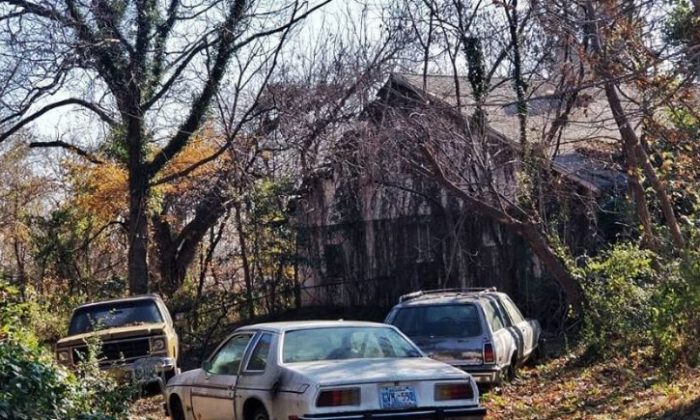 An Oklahoma man said he shot and killed an intruder in his home—for the second time in five years.

“I grabbed a pistol which is right there where I sleep, and it was only about another three or four seconds and he comes into view and blam boy that 9 millimeter is real loud inside the house,” said Sweeney, Newson6 reported. “When he clenched up his chest he says ‘I’m sorry I’m sorry I’m sorry’ he retreats back to the bathroom and he tried to get out the same window but he didn’t make it,” said Sweeney.

Sweeney shot a man who was breaking into his home about five years ago, according to reports.

The Tulsa Police Department said the incident happened at around 9 a.m. on Nov. 27. “The intruder was found deceased on arrival and the homeowner is providing a statement to Detectives at this time,” the office wrote on Facebook.

Donald Stovall, the man who tried to break into the home, was found dead in Sweeney’s home.

Officers told Fox23 that Stovall tried to crawl through a bathroom window when Sweeney confronted him before shooting him.

“He brought this on himself, I have no sympathy,” Sweeny said.

Sweeney in October 2013 shot one of two intruders who broke into his house, reported the Tulsa World. The two suspects pled guilty in charges in that case and are serving time in prison.

“This is the second time I’ve shot someone, and I’ve escorted at gunpoint at least half a dozen people off the property,” Sweeney said.

“He goes down I run for the phone he gets back up shoves my air conditioner out of the way and takes a high dive right out my second story window,” explained Sweeney of the 2013 incident, according to Newson6.

The Tulsa Police interviewed Sweeney before allowing him to go, saying people have the right to defend themselves in their homes.

“If you are in your home and you have an intruder come in and you feel that you are in fear of your life or the life of someone else who may be in your home, you are well within your rights to defend yourself,” Captain Karen Tipler told the Fox affiliate.

Sweeney, who is apparently no stranger to burglaries, issued a warning to potential intruders.

“I thought my life was in danger, I shot him, and I’ll do it again,” he said.

Sgt. Brandon Watkins told the Tulsa World that Sweeney was waiting for police outside the home when they arrived. Watkins said the motive for the alleged burglary attempt is not clear.

“Each homicide investigation is like a snowflake: they’re all different. … What happened in the past doesn’t necessarily impact what happens this time,” Watkins said.