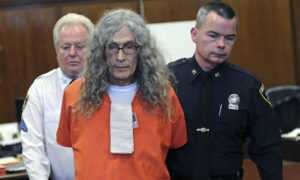 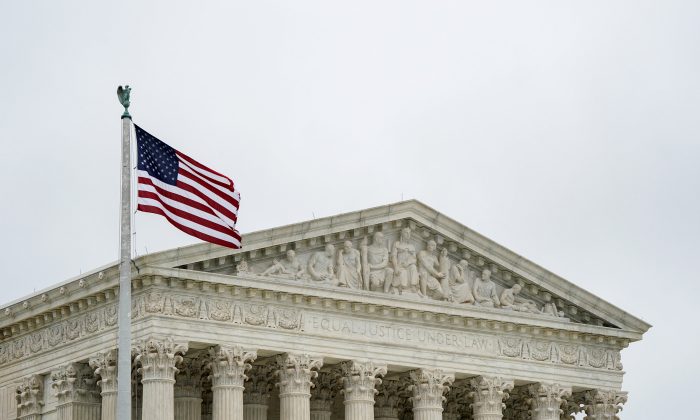 A Native American man’s legal challenge to his murder conviction in Oklahoma could cause massive disruptions if it is upheld, because it could force the redrawing of legal boundaries in a sizable chunk of the state, a lawyer for the state told the Supreme Court on Nov. 27.

The murder case, known as Carpenter v. Murphy, has given rise to a boundary dispute that covers 4,600 square miles of land, including most of Tulsa, Oklahoma’s second-largest city. Shifting the internal border would have an impact on thousands of criminal cases and cause social, economic, and governmental upheaval, the state argues.

The Trump administration supports the state’s position. If the state loses this case, it says almost half of the state’s population would suddenly be subject to tribal jurisdiction and that the same kind of transformation could happen in other states with Indian reservations—claims rejected as fear-mongering by opposing counsel.

There will be “earth-shattering consequences” if the Supreme Court finds in favor of respondent Patrick Dwayne Murphy, the attorney for the state, Lisa S. Blatt, told the eight justices during oral arguments. (Justice Neil Gorsuch recused himself from the case.)

Reopening these cases “would re-traumatize the victims, the families, and the communities,” Blatt said. “Nor is it clear that the federal government could retry any of these cases because the evidence is too stale or the statute of limitations has expired, which appears to be the case in about half of them.”

Murphy, a member of the Muscogee tribe, was convicted in 2000 by a state court jury in McIntosh County, Oklahoma, of murdering another Muscogee man named Greg Jacobs, and was sentenced to death. The two men fought over a woman who lived with Murphy but had previously been in a relationship with Jacobs. Murphy stabbed Jacobs, sliced off his genitals, and left his body by the side of a road.

Murphy contends the state had no legal right to try him because the victim was also an Indian and the crime took place on Indian territory, as established by an 1866 treaty. A federal law known as 18 U.S.C. § 1153 grants the federal government exclusive jurisdiction to prosecute crimes committed by or against Native Americans in so-called Indian country.

Last year, the U.S. Court of Appeals for the 10th Circuit threw out the conviction, agreeing with Murphy’s reasoning.

Murphy had raised the same territorial argument before state courts without success. He also previously argued unsuccessfully that his legal counsel at trial was ineffective and that he was intellectually disabled and therefore ineligible for execution.

During oral arguments, Blatt got into an extended back-and-forth with Justices Sonia Sotomayor and Elena Kagan about the history and current status of the reservation.

Sotomayor interrupted, asking for the exact date when this disestablishment of Indian sovereignty took place.

“Our position is it was done by statehood,” Blatt replied.

Sotomayor countered that at the time Oklahoma became a state in 1907, the tribe still existed.

“We don’t have to give you a date,” Blatt said. “Rome did not fall in a day. We know it fell by 476, but it was sacked several times before that.”

But Kagan told the at-times abrasive Blatt that things were less clear-cut.

After a few minutes, Kagan expressed frustration. “I’m still not getting it,” she told Blatt.

Justices Stephen Breyer and Brett Kavanaugh asked Murphy’s lawyer, Ian Gershengorn, why they should make a ruling that would potentially be so disruptive to Oklahoma.

Kavanaugh said, “Stability is a critical value in judicial decision-making, and we would be departing from that and creating a great deal of turmoil.”

Breyer said, “There are 1.8 million people living in this area … what happens to all those people?”

He acknowledged there would be “significant” but not “existential” ramifications. “There will be limits on state authority over income tax and sales tax of tribal members on the reservation.”

But the “kind of seismic change” Blatt identified won’t happen, he said.