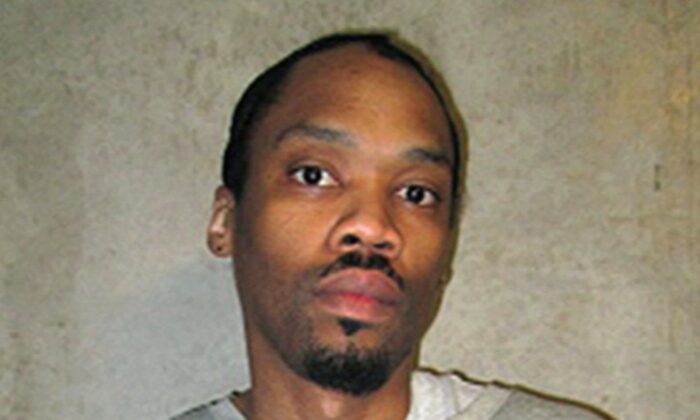 OKLAHOMA CITY—The Oklahoma Supreme Court has rejected a request to remove two members of the state’s Pardon and Parole Board from a high-profile death penalty case.

The court’s brief ruling on Friday denied a prosecutor’s request to remove Adam Luck and Kelly Doyle from considering the commutation request of Julius Jones, who was sentenced to death for the 1999 killing of Edmond businessman Paul Howell.

The ruling came after a lawyer for District Attorney David Prater argued before a court referee that unless members Luck and Doyle were barred from taking part in the decision, the five-member board would likely recommend that Jones’ sentence be commuted following a hearing Monday.

Prater, who argued that Luck and Doyle have a conflict of interest because of their work with released inmates, said in a statement that he respects the high court’s decision.

“This is the system I operate in every day and I believe in it, though decisions don’t always go as I desire,” Prater wrote.

Prater said his office is prepared to present “the truth of the circumstances” surrounding the fatal shooting of Howell during a carjacking.

“If the Board objectively considers the truth, they will quickly vote to deny the killer’s commutation request,” Prater said.

“We’re certainly very grateful to the Supreme Court for getting that issue resolved as quickly as they did,” Lieberman said. “We’re looking forward to Monday, going before the parole board to prove that [Jones] is innocent.”

The board could recommend downgrading Jones’s sentence to life in prison with or without the possibility of parole, but Republican Gov. Kevin Stitt would make the final decision.

Prater vowed to oppose a commutation recommendation should the board send it to the governor.

Jones, now 41, has maintained his innocence since his arrest and alleges he was framed by the actual killer, a high school friend and former co-defendant who was a key state witness against him.

His case drew widespread attention after it was profiled in “The Last Defense,” a three-episode documentary produced by actress Viola Davis that aired on ABC in 2018. It has since drawn the attention of reality television star Kim Kardashian West and athletes with Oklahoma ties, including NBA stars Russell Westbrook, Blake Griffin, and Trae Young, who have urged Stitt to commute Jones’ death sentence and spare his life.

Prater and former state Attorney General Mike Hunter have said the evidence against Jones is overwhelming. Information from trial transcripts shows that witnesses identified Jones as the shooter and placed him with Howell’s stolen vehicle. Investigators found the murder weapon and a bandana with Jones’ DNA in an attic space above his bedroom, but Jones claims in his commutation filing that the gun and bandana were planted there by the actual killer.

Jones also maintains his trial was contaminated by a racist juror, but Hunter has noted that the trial court and the Oklahoma Court of Criminal Appeals found otherwise.

Supporters of Jones plan a prayer service and a rally Monday in support of his commutation application.

“Julius Jones will finally have a chance to tell his story,” said the Rev. Cece Jones-Davis of Justice for Julius, who is not related to Julius Jones. “We believe the truth will set him free.”