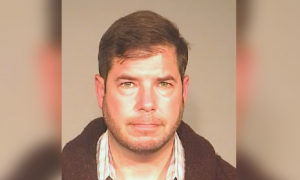 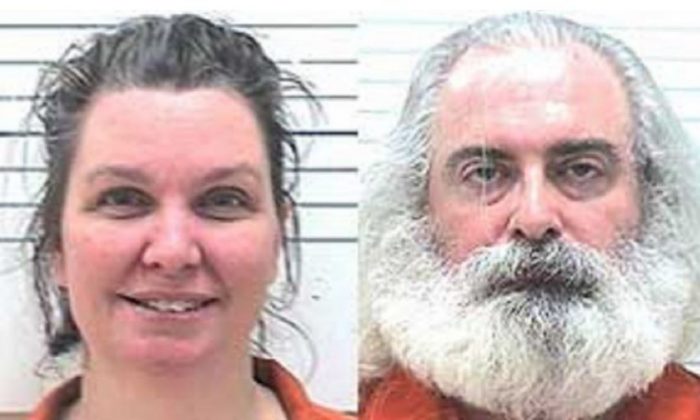 Bonnie Mills-Lilly and Henry Lilly III were charged with first-degree manslaughter after their 3-year-old daughter died in Lawton, Okla., on Jan. 3, 2019. The medical examiner later found that the girl had a 17-pound tumor. (Comanche County Sheriff's Department)
US News

A couple in Oklahoma was arrested and charged with manslaughter after allegedly neglecting their 3-year-old daughter, who died from cancer.

Deputies with the Comanche County Sheriff’s Department responded to a home in Lawton on Jan. 3 and found the girl unconscious but breathing.

She was rushed to a hospital but was pronounced dead.

Sheriff Kenny Stradley said that six other children were also living with Henry Lilly III and Bonnie Mills-Lilly in a camper home near Lake Lawtonka, reported The Lawton Constitution. All but one were placed into the custody of the DHS.

The sheriff’s office was investigating why the girl had not received medical care after the medical examiner discovered that the girl had a 17-pound tumor.

That investigation led to Lilly III and Mills-Lilly being arrested and charged with first-degree manslaughter on Jan. 11, reported TNN.

According to an affidavit, authorities said that the child had severe signs of malnutrition and injuries to the lower half of her body in addition to the tumor.

The felony manslaughter charge carries a minimum sentence of four years in prison.

The couple appeared in court late last week and were slated to appear again in February. They were released on bond but ordered to wear GPS tracking devices until their next court appearance.

The child was rushed to a nearby hospital and later transferred to Oklahoma University Medical Center with “non-accidental abusive head trauma,” police officials told News 9.

Authorities said in an update that the baby, Damien, died from his injuries.

Both King and Lastra were arrested on a complaint of child abuse; they’re now facing first-degree murder charges.

The Childhelp organization can also provide crisis assistance and other counseling and referral services. Contact them at 1-800-4-A-CHILD (1-800-422-4453). “Every year more than 3.6 million referrals are made to child protection agencies involving more than 6.6 million children (a referral can include multiple children),” according to Childhelp.