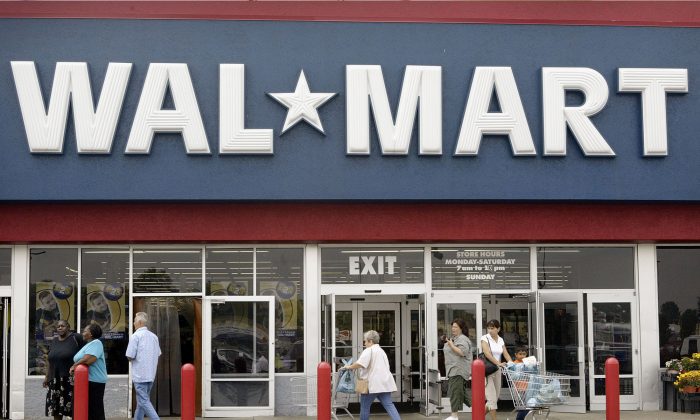 A foster mother with three children was left in awe after a cashier did a good deed.

Nick Tate, who worked as a cashier Walmart in Oklahoma, said he talks to dozens of people every day at work and added that “I just love getting to talk to people, and hear about their day and just see how they’re doing.”

One day, he met a foster mother who was experiencing some difficulty.

“She was coming through, and she had two little girls and a baby. The two little girls were just going crazy,” Tate said, according to KFOR. ”So, I looked at her and said ‘One of those days?’”

The line behind her kept getting larger.

“[There were] more customers, more grumbling and dirty looks as they moved to the other lane and I’m frustrated and trying not to cry,” the woman also wrote in Facebook post, CBS News reported. “At this point, a lady we know came up and asked why I was causing so many problems. I told her I was just failing as a foster mom because I can’t figure out WIC and almost burst into tears right there.”

Nice Things People Do: Random Act of Kindness That Will Melt Your Heart

“She apologized beforehand. She said ‘I have never used WIC before. I don’t know how it’s going to go,’” Tate said. WIC is a federal program for low-income families who have children but only covers certain items such as baby formula.

“We tried to run it again, and the WIC still didn’t work. So, I just felt like God was telling me just to pay for it,” Tate said. He paid for $60 of the groceries and the formula.

“I swiped it, and instantly she started bawling her eyes out,” Tate said.

The woman’s identity was never revealed in the report.

The woman, however, posted on Facebook that she was grateful to Tate. The woman shared the post in the hopes that she would figure out Tate’s identity as she didn’t see his name tag.

“I have been able to get into contact with this young man… and thank him again as well as his mom and tell her how incredibly blessed we were by her son and thank her for raising such an exceptional young man,” she wrote, per CBS. “Additionally multiple managers from Wal-Mart have contacted me regarding this issue to figure out who it was, wanting to help make it right and help however they can. As well as someone from WIC.”

“You never know what God is going to do. Yeah, it might be hard. It might be scary. It might be a day’s wage. But, if God is calling you to do it, he’s going to have something major for you,” Tate told KFOR.