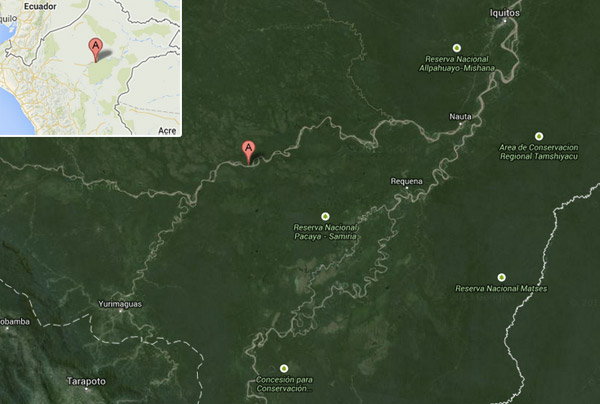 A ruptured pipeline that spilled tens of thousands of gallons of crude oil into the Marañón River in late June is fueling concerns about potential health impacts for a small indigenous community, reports Environmental Health News.

According to a story published last week, an 845-kilometer pipeline operated by state oil company Petroperu ruptured at the end of June, flooding the Amazon tributary with oil. Members of the Kukama Indian community reported seeing masses of dead fish, while fisherman upstream complained of foul-tasting fish miles upstream from the spill site, making it difficult to sell. But the effects of the spill may be even more insidious.

“Key concerns include polycyclic aromatic hydrocarbons (PAHs), which are classified as probable human carcinogens and can cause skin, liver and immune system problems, according to the U.S. Centers for Disease Control and Prevention. Exposure to PAHs in the womb has been linked to effects on children’s brain development, including learning and behavioral changes,” writes Barbara Fraser. “Mothers said children and adults in their families are suffering from stomachaches, nausea, vomiting and dizziness, and small children have skin rashes after bathing in the rivers.”

The Peruvian government has been slow to take action in the area.

“The government’s Environmental Evaluation and Oversight Agency (Organismo de Evaluación y Fiscalización Ambiental, OEFA) has taken no samples of fish tissue for testing, according to Delia Morales, the agency’s assistant director of inspection,” writes Fraser. “Villagers are waiting to see whether the government will sanction its own pipeline operation and pay damages.”

Meanwhile Kukama community is concerned that seasonal flooding could spread the oil into nearly lakes and forests this fall, exacerbating the impact.

Oil development in the Peruvian Amazon is a significant source of tension between indigenous communities and the government. In 2009, the standoff turned bloody, with dozens of police and indigenous protesters being killed in a violent confrontation. BR>

This article was originally written and published by news.mongabay.com. For the original story and more information, please click HERE.