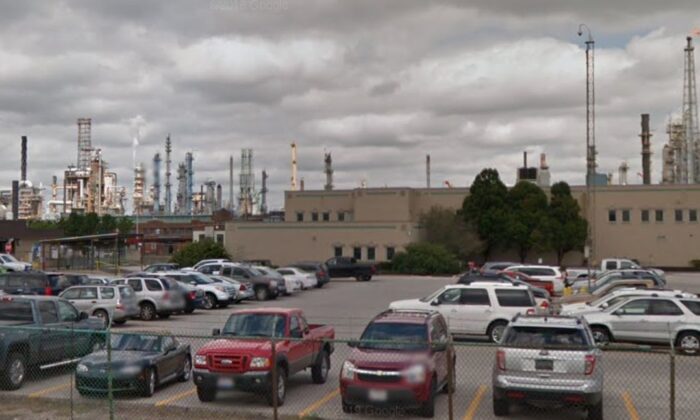 Oil company BP on Wednesday confirmed that two of its staff died from sustaining injuries in a fire at a refinery in Oregon, Ohio. The plant was forced to shut down and remained offline as of Wednesday, officials said.

“It is with deep sadness we report that two BP staff injured in a fire at the bp Husky Toledo Refinery have passed away,” the spokesperson for the oil giant told news outlets on Wednesday. “Our thoughts are with the families and loved ones of these two individuals.”

Another spokesperson told Reuters that the fire was extinguished on Tuesday night and was safely shut down. As of Wednesday morning, the refinery is offline, according to the spokesman.

“All other staff is accounted for and our employee assistance team is on site,” the spokesperson continued.

Andrew Laurell, a supervisor with the Lucas County 911 Regional Council of Governments, told NBC News that it’s not clear where the fire originated inside the plant. Also unclear is how the fire started, Laurell added.

A fire also broke out at the plant in November 2021, although no deaths or injuries were reported at that time.

BP’s plant has the ability to refine about 160,000 barrels per day of crude oil, according to OilPrice. The firm is co-owned by BP and Canadian firm Cenovus.

“The refinery has provided jobs and economic security for thousands of people; in some cases, two or three generations of families have made their careers at the facility. The entire refinery team is focused on safe operations,” the company says.

The blaze comes after a fire erupted at an oil plant in Indiana on Aug. 24, forcing the federal government to declare an emergency. It’s not clear if any emergency will be declared following Tuesday’s fire at the Toledo plant.

At the time, the U.S. Department of Transportation and the Federal Motor Carrier Safety Administrations wrote that the “unanticipated shutdown of the BP Whiting refinery” because of the fire had affected the supply of gasoline, diesel, and jet fuel throughout Indiana, Illinois, Wisconsin, and Michigan.

According to automotive club AAA, the average price for a gallon of regular gasoline rose slightly on Wednesday to $3.68, although the price is down from mid-June’s numbers when the price averaged over $5 nationwide. Diesel, which is used to power trains and long-haul trucks, stood at $4.92 per gallon Wednesday, AAA’s data shows.