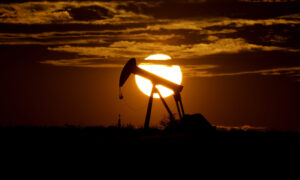 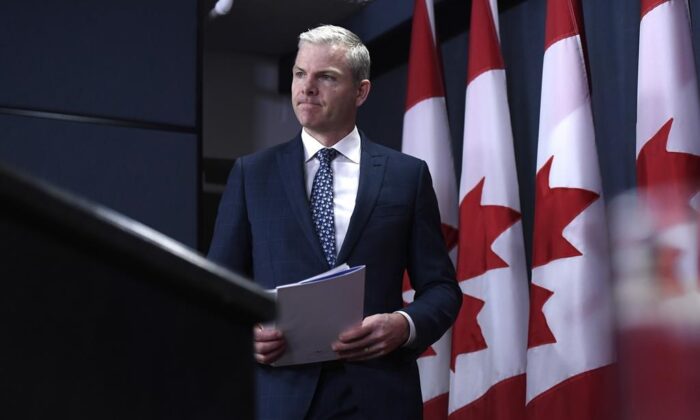 Tim McMillan, President and CEO of the Canadian Association of Petroleum Producers, arrives for a press conference in Ottawa in this 2019 file photo. (The Canadian Press/Justin Tang)
Canada

OTTAWA—Canada’s oil and gas producers have asked the federal government to freeze the carbon tax and delay new climate change regulations while the industry weathers the storm of COVID-19.

The combination of plummeting demand and a production war between Saudi Arabia and Russia pushed prices down all over the world. In Western Canada, heavy crude prices fell below US$5 a barrel again this week, less than a tenth of what it traded for a year ago.

The crisis has led to an all-hands-on-deck lobbying effort, with CAPP recording at least 29 meetings with federal officials and cabinet ministers between March 12 and March 29.

In an interview with The Canadian Press, McMillan said the root of the requests come from the industry’s need to maintain safe and essential operations as it follows health guidelines. That includes limiting employees on worksites and maintaining physical distancing for those who need to be there.

The industry also wants to ensure no new laws or regulations are implemented until proper consultations can be completed, and that the industry is given time to recover from this price shock. McMillan told O’Regan the fossil fuel sector wants to both survive the crisis and be part of Canada’s economic recovery when it has been resolved.

“We encourage them to have a tools-down approach until we have a resolution of the crisis,” he said Thursday.

Among CAPP’s requests are delays to reporting requirements for greenhouse gas emissions, deferring the 2020 requirements for a number of reports on compliance with environmental and safety recommendations, and extending deadlines for on things like air and water pollution.

The industry also wants promised changes to the Canadian Environmental Protection Act to be put off because the needed consultations can’t happen while public gatherings and travel are not allowed. The law, which governs toxic substances, has been under review since 2016 and the House of Commons environment committee recommended more than 80 changes to it in 2017. The Liberal government held off on implementing any of them until after the 2019 election.

Finally, CAPP wants the Liberal government to delay some major policies and regulations allow the industry to recover from the economic shock. That includes freezing the carbon price at $30 a tonne for the foreseeable future, putting off plans to implement a clean-fuel standard from 2022 to 2025, and doing nothing more to cut greenhouse gas emissions, including bringing in its promised legislation to set five-year, legally binding targets on its way to net-zero emissions by 2050.