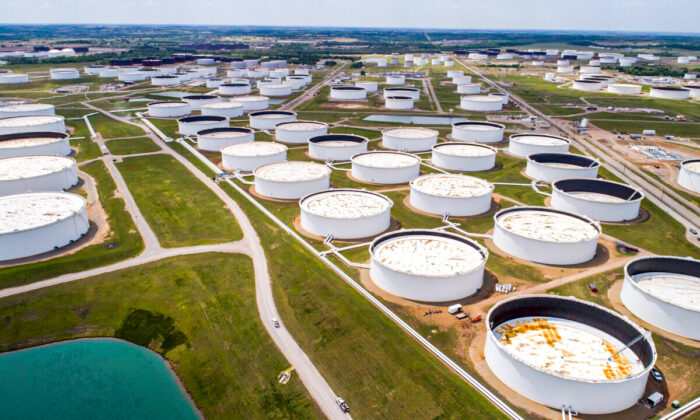 Oil prices plunged more than 5 percent in early trading on Nov. 26, hitting a two-month low as the emergence of a new COVID-19 variant spooked investors, driving down risk assets like stocks and pushing up havens like gold and bonds.

Crude prices could face additional pressure from the recently announced coordinated release of stockpiles from strategic national reserves in a number of countries, including the United States, in a bid to cool soaring energy costs.

Besides oil taking a tumble, overnight headlines about the new variant sent a broader wave of risk-off sentiment across markets, with major stock indexes falling in Asia and Europe, with investors pivoting towards the safety of havens like gold and bonds.

“This variant is a new risk for markets. We can’t tell how far it can evade vaccines,” said Takashi Hiroki, Chief Strategist at Monex, in Tokyo, Japan.

Not much is known of the new COVID-19 variant, detected in South Africa, Botswana, and Hong Kong, but South African scientists say it has an unusual combination of mutations and may be able to evade immune responses or make it more transmissible.

News of the new variant prompted authorities in the European Union to seek to halt air travel from the southern African region.

“The Commission will propose, in close coordination with Member States, to activate the emergency brake to stop air travel from the southern African region due to the variant of concern B.1.1.529,” EU Commission chief Ursula von der Leyen said in a tweet on Friday.

A technical group from the World Health Organization is to meet Friday to discuss the new variant in an urgent sitting requested by South Africa.