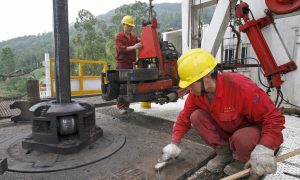 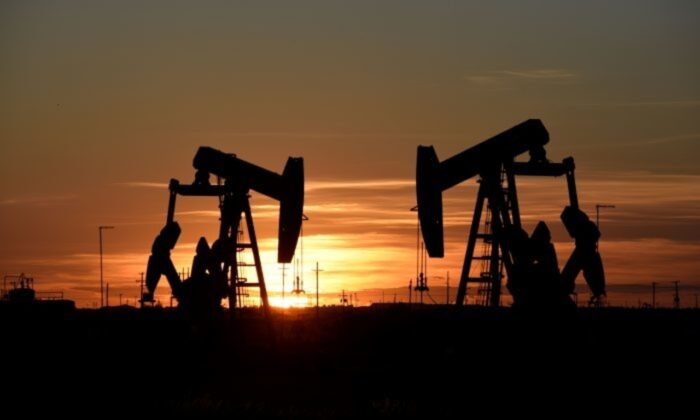 Pump jacks operate at sunset in an oilfield in Midland, Texas, on Aug. 22, 2018. (Reuters/Nick Oxford)
US

According to a statement from U.S. Secretary of the Interior David Bernhardt, the Office of Natural Resources Revenue (ONRR) paid out some $11.69 billion in disbursements from oil & gas production offshore or on federal and Native-American-owned land in Fiscal Year (FY) 2019.

According to the Department of Interior (DOI), this was an increase of $2.76 billion over 2018, and almost double the $6.23 billion in disbursements paid out at the end of the Obama administration (FY 2016).

Resource companies pay bonuses, rents, and royalties to extract minerals, metals, coal, oil and gas from federal and Native American lands. Disbursement is the subsequent distribution of revenue collected from the extraction of such natural resources to agencies, funds, and state and federal governments.

The ONRR disburses 100 percent of all revenue collected from the extraction of resources on Native American lands back to those tribes, nations, and individuals.

“The President believes we can appropriately develop our natural resources and be great stewards of conservation,” said Bernhardt. “The disbursements paid to states and Tribes from energy development revenues go right back to the communities where the energy was produced, providing critical funding for schools, public services, conservation improvements, and infrastructure projects that create good-paying American jobs.”

At approximately $12 billion, revenues collected in FY 2019 increased by 31 percent over 2018. After tax revenue, energy disbursement funds are the second-most-important source of income for states and the federal government, as well as the Land and Water Conservation Fund and others.

The increase in disbursements is due to increased production of oil and gas in FY 2019, while coal production increased slightly. New Mexico received the largest disbursement at $1.17 billion, followed by Wyoming, Colorado, and Louisiana. The ONRR has disbursed some $314.7 billion in revenues since 1982.

The DOI was generous in praising the Trump administration for policies that it says have spurred economic growth across the United States.

The DOI claims that President Donald Trump’s removal of “burdensome and unnecessary regulations” is at least partly responsible for the recent boom in exploration and resource utilization. According to the DOI, applications for permits to drill for oil and gas have increased 300 percent since 2016, with the entire process now taking 108 days—less than half the average of 257 days needed under the previous administration.

A key tenet of the Trump administration’s energy policy has been the streamlining of infrastructure and energy project application procedures. One example is that of Executive Order 13807 (‘Presidential Executive Order on Establishing Discipline and Accountability in the Environmental Review and Permitting Process for Infrastructure’). This order mandates that, e.g., environmental impact statements (EIS) be completed within one year and be comprised of 150 pages or less, with exceptions for unusually complex projects. Other streamlining measures have shaved over a year off EIS production timelines.

By eliminating burdensome regulations, the U.S. will have a stronger foothold to compete globally in developing minerals that are used to make every day products — overall helping the U.S. increase job opportunities at home instead of abroad. https://t.co/Ft7oKVZByo

The disbursements met with broad approval from Members of both the Senate and Congress.

“I’m glad that revenues from development on federal lands in Alaska are coming in to support our state,” said Alaska Senator, Lisa Murkowski. “$11.69 billion is a tremendous return for our country, and I thank the Trump administration for advancing solid policies that are making the U.S. a global energy production leader and driving revenue growth.”