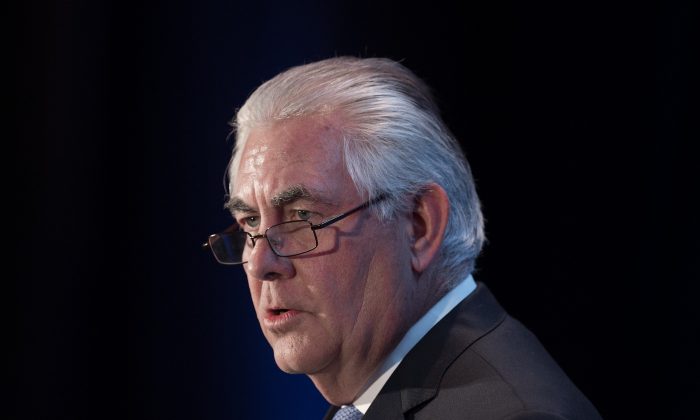 President-elect Donald Trump named ExxonMobil CEO Rex Tillerson as his choice for secretary of state on Dec. 13 to mixed reactions.

Critics point to his lack of background in politics and his allegedly friendly ties with Russia. They’ve raised concerns over a potential conflict of interest due to American sanctions against Russia and Exxon’s oil interests there.

Less attention has been paid to the unique set of skills Tillerson would bring to the State Department when it comes to building ties in complex political environments.

Exxon has over 83,000 employees, an annual income of over $250 billion—more than the GDP of all but 43 of the world’s countries—and operations in most parts of the world.

“All but a handful of the world’s countries are smaller and less diverse in global exposure than Exxon,” said Evan Ellis, research professor of Latin American studies at the U.S. Army War College Strategic Studies Institute.

Tillerson has been required to build partnerships with companies that are otherwise competing with him, to negotiate business deals in countries like Iran and Russia that aren’t on good diplomatic terms with the United States, and to be sensitive to the various customs and security environments of every country he enters.

“My sense is he is a really world-class leader,” said Ellis, whose research includes energy security. “He is tough, he’s experienced.”

Ellis noted the petroleum industry “takes you to the heart of governments,” and it’s something that deeply impacts global wealth and national GDPs.

“Any time you’re dealing with extractive industries, it’s about dealing with sovereign governments” and the “complex strategic space with shifting alliances.”

He gave Russia as an example, noting that despite the complex issues around Ukraine and NATO, Russia still supplies natural gas to most of Europe—and Tillerson does business in that environment. In the Middle East as well, he noted, Tillerson “knows intimately the security issues” across the region and has negotiated deals with countries from Iran to Iraq to Saudi Arabia.

He added that Tillerson may have this skill set, since in the global oil industry, “you have to be nice, but you have to be tough.”

“I could see the sources of criticism and pushback.” But he noted Tillerson is “a lot smarter of a pick” than most news outlets are framing him to be.

While Tillerson has received plenty of criticism from party rivals, he seems to be well accepted by others within Trump’s transition team.

“Rex Tillerson is an excellent choice for secretary of state. He will bring to the post remarkable and broad international experience, a deep understanding of the global economy, and a belief in America’s special role in the world,” Rice said in a statement.