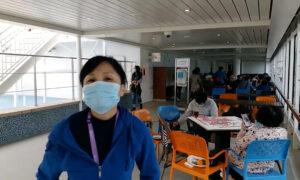 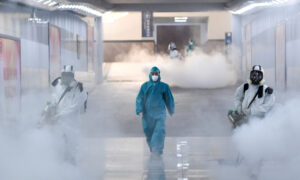 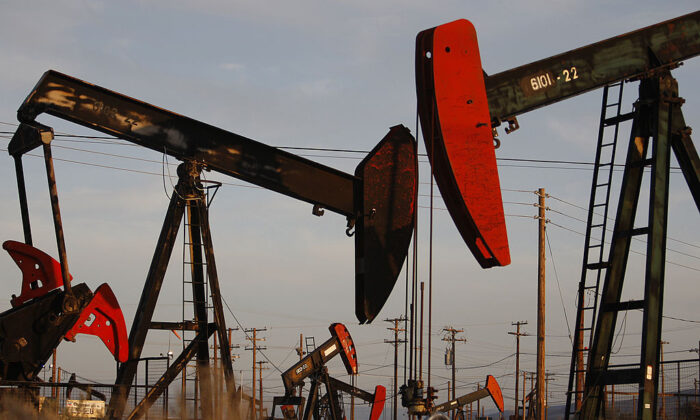 Pump jacks and wells are seen in an oil field on the Monterey Shale formation where hydraulic fracturing, or fracking, is used to extract gas and oil near McKittrick, Calif., on March 23, 2014. (David McNew/Getty Images)
Business

Oil prices fell on Monday as the fallout from the coronavirus outbreak continues to sap Chinese demand for energy.

“The concern remains that the wider markets have yet to reflect the full impact of the disruption,” Saxo Bank commodity strategist Ole Hansen told Reuters.

“With China being the world’s most dominant consumer of raw materials, the impact continues to be felt strongly across key commodities and the world is facing the biggest demand shock since the 2009 global financial crisis.”

Oil has dropped more than 20 percent from a peak in January after the spreading virus hit demand in the world’s largest oil importer and fueled concerns of excess supplies.

To alleviate downward pressure on oil prices, a technical committee that advises the Organization of the Petroleum Exporting Countries and its allies, including Russia, has called for further cuts to oil production.

The group, known as OPEC+, has already been implementing cuts of 1.2 million barrels per day (bpd) since January 2019.

The Minister of Energy of Algeria and President of the OPEC Conference in 2020, Mohamed Arkab, said after an extraordinary meeting of the Joint Technical Committee in Vienna last week that the advisory body recommends cutting production by an additional 600,000 bpd until the end of the second quarter.

A press release noted that the committee blamed the coronavirus outbreak for reduced oil demand.

“The coronavirus epidemic is having a negative impact on economic activities, particularly on the transportation, tourism, and industry sectors, particularly in China, and also increasingly in the Asian region and gradually in the world,” Arkab said.

While oil prices have been under strain, safe-haven assets like gold and U.S. Treasuries have rallied on coronavirus fears.

“Gold can be driven higher off of geopolitical uncertainty. It provides growth and positive performance when other assets are selling off,” explained David McAlvany, CEO of the McAlvany Financial Cos., speaking to The Epoch Times. “The benefit of owning gold alongside other more traditional assets is you increase total returns and decrease volatility by having an asset which behaves in a countercyclical trend. Gold acts like insurance.”

Meanwhile, stocks worldwide have shed more than $1 trillion in value since Jan. 21, when the first case of a coronavirus infection was confirmed in Washington state.

The virus outbreak comes as China’s economy is already growing at its slowest pace in nearly three decades.

If the panic continues until April or May, it will have an “enormous effect” on the Chinese economy this year, he said.

“I don’t know where coronavirus goes from here, but the uncertainty factor changes the perception of the marketplace of where you should be putting your money,” McAlvany said, “and you can already see the footprints of dollars moving to safe havens.”