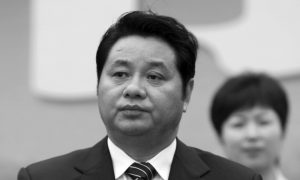 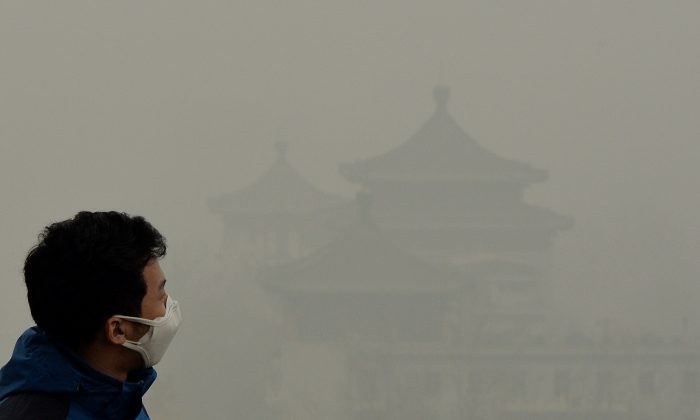 Oil Companies May Be China’s New Scapegoat for Air Pollution

A former state-run media reporter just did the Chinese regime a huge favor: with a self-funded documentary that has transfixed the country, she successfully showed that air pollution is the fault of the oil industry in China, and the regime itself has nothing to do with it.

Chai Jing, a reporter with the state run China Central Television until 2013, found that the child she was pregnant with had developed a tumor before it even left the womb. Suspecting that it was caused by air pollution—the possibility is the subject of much dispute—she embarked on a one-year-long journey to find the causes behind air pollution in China.

In the 104-minute-long documentary titled “Under the Dome,” Chai explained to a live audience in a TED-style presentation the dangers of particulate matter less than 2.5 micrometers in size (called PM2.5) and how it originated mostly from the oil industry. Chinese officials and oil industry personnel are all interviewed.

PM 2.5 can travel into the lungs, enter the bloodstream and penetrate into cells, causing a variety of health problems.

“60 percent of PM 2.5 in China originates from burning coal and fossil fuel. Or simply put, it is burning by the fossil fuel industry,” Chai said, referring to data from the Chinese Academy of Sciences (CAS), Tsinghua University, and Peking University, the top universities in China.

PM 2.5 can travel into the lungs, enter the bloodstream and penetrate into cells, causing a variety of health problems.

In China, state-run oil companies dominate the industry. PetroChina controls about 70 percent of oil and natural gas business in China, according to Chai.

When Chai sought out people working in the oil industry to see whether the quality of oil could be improved to reduce the production of PM 2.5, she was told that those who determined the standards were the same people who had financial skin in the game.

Most other countries don’t have people from the oil industry setting up their national oil standards and regulations, Chai remarked.

“Now there is a general mistrust among the Chinese people toward Sinopec and PetroChina,” a former chief engineer of China Petrochemical Corporation (Sinopec), a state-run giant, told Chai in an interview.

What Chai failed to mention, or was unable to mention, in the documentary is that nearly all state-owned companies in China have former high-ranking Chinese officials as their protectors—filling the roles of supposedly independent board directors and more.

Moreover, Sinopec and PetroChina, the two biggest oil giants, have received over 125 billion yuan (about $20 billion) in subsidies from the government since 2004, according to Chinese media Beijing News in April 2014.