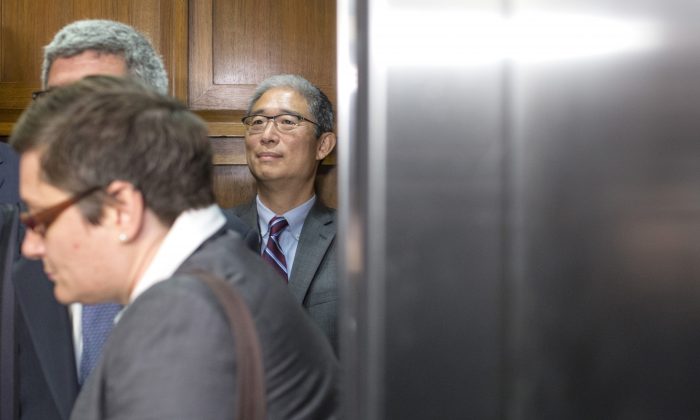 In researching this Spygate scandal, I repeatedly encounter stories of people supposedly engaged in very sensitive intelligence and law enforcement work, who rely on people such as Christopher Steele and end up leaking the same “evidence” to the news media.

This isn’t how real intelligence work is done.

And that’s the first big clue that none of these Spygate investigations were authentic.

Federal officials knew quite well the true nature of the sources they were using to drive these politically motivated investigations.

But that didn’t happen.

It didn’t happen because those investigations were bogus.

As Andrew McCarthy says in his recently released book “Ball of Collusion,” these “investigations” were really fishing expeditions in search of a crime.

Fake allegations supplied to corrupt federal officials by political operatives were merely the pretext to begin spying on the presidential campaign of Donald Trump, in the hope of uncovering crimes that could be prosecuted. But to keep doing that, once Trump actually won the 2016 election, these officials had to hide where the Trump-Russia collusion allegations were originating.

That’s why it became necessary for the Obama Department of Justice (DOJ) to create the FBI-Fusion GPS hidden backchannel shortly before the 2016 election. They wanted to hide that they were using paid political operatives in the employ of the Hillary Clinton campaign as sources for investigating the Trump campaign.

Let’s do a thought experiment that gives some benefit of the doubt to these federal officials. Let’s pretend that, at the very beginning, these government agents didn’t really know who they were climbing in bed with.

Pretend you’re an FBI agent in the counterintelligence division. You’re introduced to a source who claims that he has intelligence evidence straight from key Russian sources, several of whom are inside the Putin government, that Trump and many of his key advisers have been compromised.

Let’s say you look at the evidence supplied by this source, and are convinced this is real enough, and the FBI’s counterintelligence division decides to begin investigating the Trump campaign during the 2016 campaign season.

And only after this very secretive, highly sensitive intelligence investigation is underway, you discover, much to your horror, that this supposed intelligence source was actually a paid political consultant in the employ of the Clinton campaign and the Democratic National Committee.

Now, let’s increase your horror at discovering that by adding something else. Let’s say you also learn the source you trusted has taken everything he shared with you and has already been shopping it to various news media reporters. The evidence on which your investigation is based is now also in the hands of the news media, which is actually publishing some of it.

Well, if you were one of the people running the FBI’s Crossfire Hurricane investigation in 2016, we know how you would respond, because you left behind a documentary trail a mile wide—a trail that DOJ Inspector General Michael Horowitz and several others have now followed.

Former FBI General Counsel James Baker revealed the existence of this secret backchannel in congressional testimony last year, a story that was broken in The Epoch Times by investigative reporter Jeff Carlson.

Shortly before the 2016 election, the FBI made a public show of firing Steele as a paid contractor and cutting ties with Glenn Simpson’s Fusion GPS. But that was just for show. They continued to use these political operatives as sources for their investigations.

The corrupt DOJ and FBI officials created a secret backchannel, in which former Associate Deputy Attorney General Bruce Ohr continued to meet with both Steele and Simpson to receive more Trump-Russia allegations.

Following these meetings with Fusion GPS, Ohr would sit down with FBI Special Agent Joseph Pientka to relate in detail everything that Steele and/or Simpson had told him. These details were a series of official FBI note collection forms called the FD-302. These 302 forms were then passed to those in the FBI who were involved in the Trump campaign investigations.

Fusion GPS was still being used in this manner as a source to drive the FBI’s fishing expeditions against Trump.

There’s no way that happened by accident. The people who set up this backchannel did so deliberately. That means they were very well aware where this stuff was coming from and they knew since it was political opposition research they shouldn’t be using it to launch federal investigations.

These are the kind of people that Svetlana Lokhova, Lt. Gen. Michael Flynn, Carter Page, and George Papadopoulos have been forced to deal with, after they were targeted as a means to provide fake reasons to launch fishing expeditions into the Trump inner circle.

Members of Congress such as Rep. Devin Nunes (R-Calif.) and Sen. Chuck Grassley (R-Iowa) have been sending letters to the DOJ for over a year asking for Pientka to testify before their respective committees about this hidden backchannel in which he took part.

So far, Pientka continues to be exactly what I dubbed him in a column last year: The DOJ’s Invisible Man. Nobody has seen him or heard from him. The DOJ has thus far not produced him or answered any questions about him.

Brian Cates is a political pundit and writer based in South Texas and the author of  “Nobody Asked for My Opinion … But Here It Is Anyway!”