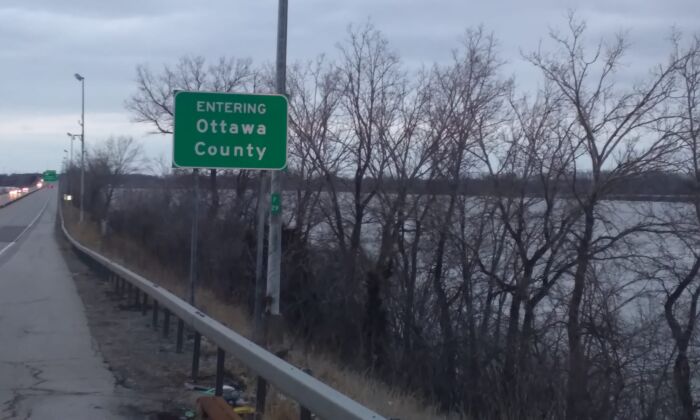 Ottawa County along Lake Erie in northwest Ohio had one of the nation's longest streaks of supporting the presidential candidate who won the White House. That streak, which extended back to when the county supported Harry Truman became president ended in the 2020 Presidential Election when the Donald Trump won the county.
US Features

Ohio’s Ottawa County: Staying Afloat as One of the Top Bellwether Counties in the Country

It could be said that Ottawa County is one of the top bellwether counties in Ohio, if not the country.

Nestled along Lake Erie in the northwest of the state between Toledo and Cleveland, the area has a population of 40,364, according to the 2020 Census.

Ottawa County is on the doorstep of a Democratic stronghold, about 35 miles east of Toledo in neighboring Wood County.

However, the political viewpoints of its residents are mixed as they have become more wary and leery of the government. They mostly favor who they believe would be best suited to tackle the issues at hand.

The registered Republican voters (8,455) outnumber the registered Democrats (6,731) in Ottawa County. Many of its residents include farmers, retirees who love to fish, and more than 3,300 military veterans.

Given the global context of Russia’s invasion of Ukraine, they believe higher gas prices and inflation is coming, and they’re not happy about it.

Perhaps that is why they are a true bellwether county, not fully committing to one political party over the other.

County residents had voted for the presidential candidate who won the White House for nearly 60 years, since Democrat Lyndon Johnson won in 1964, according to the Ottawa County Board of Elections.

The price of gas at the Marathon gas station in Port Clinton was $3.39 a gallon on Feb. 22 when Dave Beggs, an army veteran and retired City of Port Clinton heavy equipment operator, pulled in.

“I vote for whomever I think is going to do the better job, whether they are a Democrat or a Republican. But you can’t win’em all,” Beggs, 80, told The Epoch Times.

“I think Trump was the better president,” said Beggs, who worked for the city for 45 years. “He pissed off a lot of people. If he would’ve just kept his mouth shut …

“I’m not happy with the way things are now,” Beggs added. “They need to take care of the older people here. Medicare is becoming a joke. The cost of my prescriptions has gone through the roof. It hurts the older people like me who are on a fixed income.”

The last time Ottawa County deviated from its winning choice for president was in 1960 when the county supported Republican Richard Nixon, but Democrat John F. Kennedy won.

Today, there are also 14,183 independents registered to vote and five libertarians, according to the Ottawa County’s Board of Elections website.

Since the 2020 elections, there also have been 879 newly-registered voters bringing the total to 30,248, Board of Elections director Carol Ann Hill told The Epoch Times.

However, in the 2020 primary election, more Democrats had turned out to vote—3,413 to 2,598 Republicans, usually an indicator of how the presidential election is going to go, party officials believe.

The county, which includes spring and summer destinations such as Kelleys Island, Marblehead, and Put-in-Bay, currently is in hibernation.

As the 2022 mid-term elections near (May 3 in Ohio), one might think that the Republican and Democratic headquarters might be open and in full swing, but at both party offices the week of Feb. 21, the lights were out and no one was occupying the desks inside or answering the phones.

“We are a rural county here,” Hill told The Epoch Times. “Our mission is to put on honest elections.”

Ottawa County is also the home to the Marblehead lighthouse (the oldest lighthouse in continuous operation on the Great Lakes), Africa Wildlife Safari, and its county seat of Port Clinton is known as the Walleye Capital of the World.

A diverse group of residents, many were surprised to wake up the morning of Nov. 4, 2020, to see that Joe Biden overtook Trump’s leads in numerous battleground states from the night before—such as in Arizona, Michigan, Pennsylvania, and Wisconsin.

“Right after we saw the results of the election and that Trump had lost, we were all like, ‘what the hell?,’ said Tammy, a bartender at Wee Willy’s Sports Pub in Marblehead.

Tammy, who didn’t want to provide her last name, told The Epoch Times that during the summer leading up to the 2020 presidential election, the area had a regatta on Lake Erie in Marblehead in support of Donald Trump.

“There were lines of boaters with banners and flags—there must’ve been about 2,000 boats full of people participating,” Tammy added. “We just couldn’t believe that Trump had lost.”

She also said that many people who come into the pub are outspoken about the current state of affairs in the United States, especially on Saturdays when the crowds are larger.

Tammy said that with the lakefront area being a popular spot for fishing and tourists, the price of gas always has been higher than average. Now, being more than $3 a gallon, people are beginning to notice it more as it’s putting a pinch on their wallets.

“You expect the price of things to go up, that’s inflation for you,” Tammy said. “But, just within the last year, the price of everything has gone up. It was everything, all at once, all of a sudden. It’s horrible.

“We need jobs up here, good-paying full-time jobs,” she added. “We’re a service industry-oriented area. Most of the jobs up here are part-time or seasonal. If you own a business and you have a bad summer where it rains every weekend, you’re out of luck.”

Even Heidi Mackey, the clerk inside the station who said she hasn’t voted since 2018, said she’ll likely vote in the May 3 primary. She shook her head at the high price of gas.

“It’s just stupid,” she said. “I think they [the current administration] are trying to push us into buying electric cars. Our roads need to be fixed. Our infrastructure is in bad shape.”

The sentiments of those arriving at or leaving the Kroger grocery down the street in Port Clinton echoed those at the gas station.

A 75-year-old retiree who owned a transportation and logistics business didn’t want to be named and told The Epoch Times he’s been skeptical of government since he was 30. He was concerned about the situation in Ukraine.

“If this thing continues, we’re going to be paying $6 a gallon for gas,” he said. “We’re not going to be able to afford this Democratic regime.

“The United States needs to get back to where we’re responsible, energy independent, and get away from the thought process of these liberal socialists in office.”

“Government is out of control,” he added. “It’s too big. Until we have term limits for politicians, this country doesn’t have a prayer.”

The unhappiness and unsatisfactory conditions have spread similar to the way COVID-19 has, a truck driver by the name of  Sam, who also was at Wee Willy’s, told The Epoch Times.

“What’s happening is affecting everybody,” he said.

Sam, who is a truck driver for Four City Technologies in Wellington but lives in Marblehead, said he drives about 400 miles a day to deliver bolts, nuts, and screws used in the auto industry. He also drives more than 40 miles from Marblehead to Wellington to pick up his truck.

Four City Technologies makes the lock-tight coatings on the threads of the components.

Part of his route is driving up to Detroit and Flint, Michigan, every day. Where there used to be eight auto plants in Wayne County now there is only one, the GMC Truck plant, he said.

“That’s a highly Democratic area, but people see what’s going on and they’re not happy,” Sam said. “The roads are bad, the price of gas is high, it’s one thing after another. The morale of the people up there is bad. Things have been bad for so long, they don’t care.”

Sam said he has noticed that the farmers aren’t happy, and their kids have to take a side job in the factory because of the economic situation.

“I vote for whoever I think is going to do the best job,” Sam added. “It doesn’t matter whether you are a Republican or a Democrat, you’re going to get a crook. You have to take the lesser of two evils. I think everyone has the same opinion that things aren’t good.”

John Hawker, a 74-year-old Port Clinton resident who grew up in Toledo, was sitting at the end of the bar and also weighed in on the state of affairs.

Hawker told The Epoch Times he voted for Trump in both the 2016 and 2020 presidential elections, and if he would’ve been re-elected, the country wouldn’t be facing the problems they are having now.

“More importantly, someone needs to be in office who understands that running the country is like running a business,” said Hawker, who worked as a staff engineer for Bendix Braking Systems in Elyria for 52 years.

Hawker said although Ottawa County tends to lean more Republican, he has noticed that a lot of senior citizens who are Democrats have moved into the area.

“Nothing is free,” Hawker said. “A lot of people think things are. People need to get a job, get out and work.

“We need to address the economy and safety and security,” Hawker said. “Those are the biggest issues—the economy and national security. We need to finish putting up the wall that Trump started. We need to be safe, and I don’t think we are right now.”