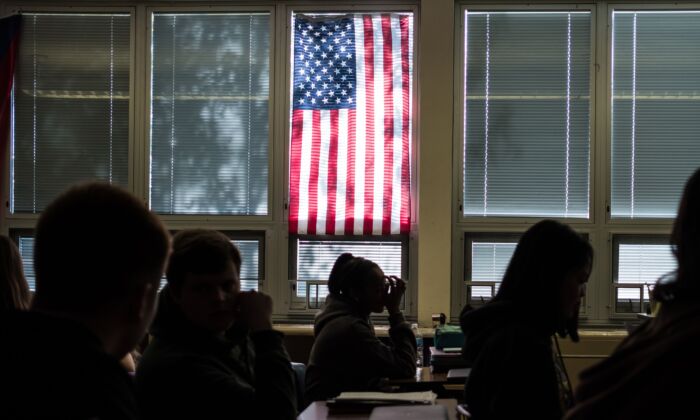 School teachers and other staff at educational institutions across the state of Ohio will now be allowed to carry firearms on campuses, including inside classrooms, after House Bill 99 came into effect this week.

The bill was signed into law on June 13 by the state’s Republican Gov. Mike DeWine. It allows school districts to decide independently whether teachers can be armed. Schools must inform parents if they allow armed staff on their premises. Those who are armed will be subject to annual criminal background checks.

The bill “does not require school districts to arm its teachers,” DeWine said at the time. “Every school district can make its own decision. This is a local choice not mandated by the state or governor. This bill is part of a comprehensive and layered approach to school safety and keeping kids safe in schools.”

Speaking to NBC4, state Rep. Allison Russo, a Democrat, criticized the bill as doing “absolutely nothing” to stop gun violence and insisted that it will make “our schools and our students less safe.”

Democrats are planning to introduce legislation seeking to overturn some of the “radical gun legislation” the state has passed, Russo said, while adding that such bills will be introduced at the beginning of 2023.

Some schools may have more security and ways to protect their students than other districts do, she said to the media outlet. “This is another tool in the toolbox we hopefully never have to use.”

House Bill 99 requires school staff who carry guns to undergo 24 hours of initial training at a minimum and eight hours of re-certification training every year. The Ohio School Safety Center (OSSC) is tasked with such training. The bill has set aside $6 million for this purpose.

The center is presently in the process of developing a state training curriculum as mandated by House Bill 99, it told 3News. Currently, no training requests have been received from schools.

The OSSC is working “quickly” to finalize a training curriculum. When ready, “regional mobile training officers will work with schools who choose to arm their staff to ensure they know everything they need to know about the curriculum requirements.”

House Bill 99 was finalized just 10 days after a teen in Uvalde, Texas, massacred 19 students and two teachers. Parents of the slain children were left in the dark on why armed law enforcement, who arrived at the school within minutes, waited more than an hour before the shooter was taken out.

The bill’s supporters point out that the new law will empower armed school staff to confront such shooters until the police arrive and control the situation.