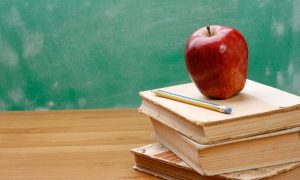 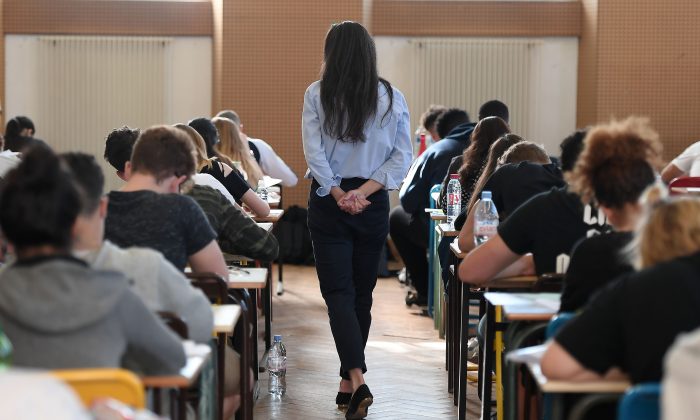 A teacher walks through a classroom during a high school exam in Strasbourg, France on June 18, 2018. (Frederick Florin/AFP/Getty Images)
US News

The teacher admitted to taping students’ mouths shut for talking during an examhttps://t.co/rsLbDq2hcn

The Cincinnati Enquirer reported Friday that school records show a student told another teacher Igwekala-Nweke put tape over his mouth in December.

Igwekala-Nweke wrote in an email to Hughes Principal Kathy Wright that he taped students’ mouths shut instead of reprimanding them for talking during an exam.