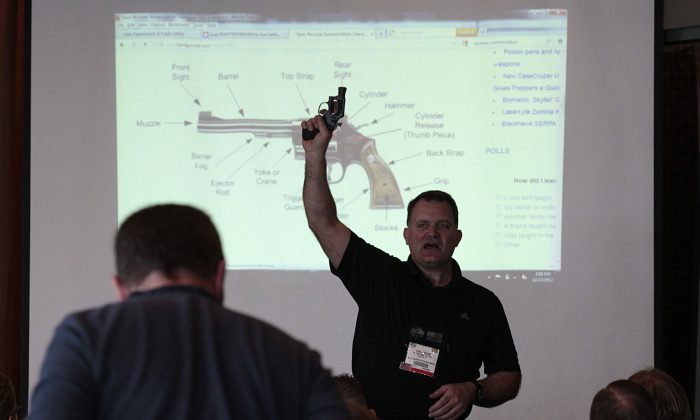 A sheriff in Ohio said that he will offer conceal-and-carry classes for local teachers following the school shooting in Florida that left 17 people dead.

Richard Jones, the sheriff in Butler County, said on Twitter on Monday that he’s received 200 requests of interest for the upcoming classes.

“Great show of support for our schools and our children!” he said.

Initially, Jones said the first 50 people would be accepted but with the overwhelming interest, more classes may be offered. He said he received 50 requests in just 20 minutes.

We've reached 200 interests for the CCW classes. Great show of support for our schools and our children! #kidscomefirst We will be in contact soon.

The classes are open only to Butler County school employees.

Jones said the classes would be free and cover basics as well as “training on school shootings.”

Jones linked to a story quoting a Florida sheriff saying that it would be a “game changer” if some teachers were trained to carry guns.

“We have got to wake up, wake up and understand that we have to have… specially trained people that have concealed firearms that can run to the threat and protect our children,” Polk County, Florida Sheriff Grady Judd told Fox News.

“Been saying this for years,” Jones said.

Been saying this for years https://t.co/1oVN2AbEfd

Jones, who is in his fourth term as sheriff, said that schools should improve school security in a video posted last week following the shooting in Parkland, immediately following the massacre.

Some states in the United States allow teachers to train and carry firearms in schools.

There was one armed officer inside the Parkland school when the shooting occurred but that officer never encountered the shooter.

It was later revealed that most schools in Florida used to have two armed officers but budget constraints cut that number in half.