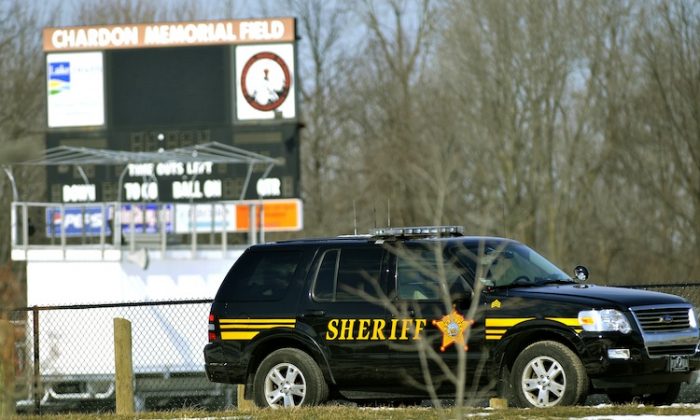 A Sheriff deputy's vehicle is parked in front of Chardon High School where a shooting took place on February 27, 2012 in Chardon, Ohio. T.J. Lane opened fire inside the high school cafeteria. (David Dermer/Getty Images)
US

Ohio School Shooter Will be Tried as Adult

The Ohio teenager accused of the shooting deaths of three high school students will be tried as an adult, according to reports.

T.J. Lane, 17, could be sentenced to life in prison if found guilty, said Juvenile Court Judge Timothy Grendell, who handed down the decision, according to the Cleveland Plain Dealer. Lane, however, cannot be sentenced to death because it is against the constitution to execute a juvenile.

Deputy Jon Bilicic said that when he arrested Lane, the teenager told him after the shooting took place that he “killed a bunch of people,” according to News Net 5.

When he was asked why, Bilicic recalled Lane saying, “I have no idea. I don’t really understand it myself.”

Furthermore, he said he did not shoot the students out of anger. “I have no problem with people,” he added.

As a result of the Feb. 27 shooting, Lane is charged with three counts of aggravated murder, two counts of attempted murder, and one count of felonious assault.