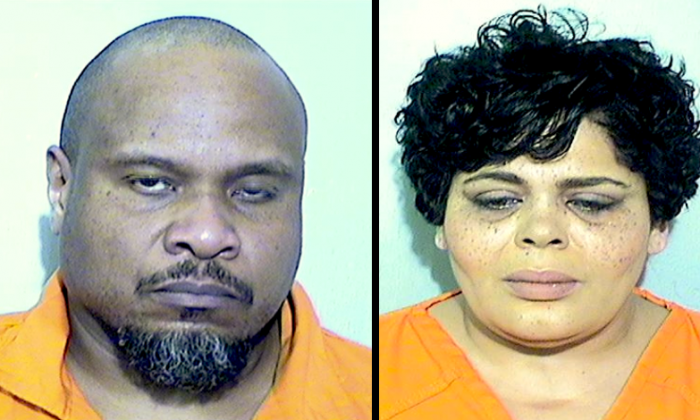 An Ohio church pastor, his wife, and daughter are accused of robbing a Sunday school teacher in the church at gunpoint.

Anthony Morris, 49, his wife, Zelda Morris, 46, and their daughter, Kamali Morris, 19, have each been charged with the first-degree felony of aggravated robbery with a deadly weapon, the Toledo Blade reported.

Sunday school teacher Nickema Turner claims she was at the St. Paul’s AME Zion Church in downtown Toledo, where Morris is a pastor, when she was violently assaulted and robbed. Turner alleges Kamali Morris grabbed her by the hair, and then both elder Morrises began to push and beat her, according to WTVG, citing a police report.

Zelda Morris then allegedly emptied Turner’s purse and began taking some of the items.

Turner resisted and tried to recover some of her belongings, according to cleveland.com, and when it appeared she was getting the upper hand against her two female assailants, the pastor pulled out a gun. It is alleged he pointed it at Turner’s face, according to the Toledo Blade, and made threats.

Two prescription bottles, a Taser, and an iPhone were allegedly taken from Turner’s purse. The iPhone was later recovered, with the screen broken.

The incident took place shortly before Sunday service was set to begin, it was reported, with witnesses on hand who later provided information to the police.

According to the police report cited by ABC13, the pastor’s wife told the victim’s daughter, “You wanna know why this happened? It happened because your mom slept with my husband.”

The three assailants then reportedly fled the church, while Turner was treated at the scene by Toledo Fire and Rescue crews.

The pastor and his wife have been arrested, police said, but at the time of reporting their daughter remained at large.

In a message on the church’s website, Morris describes St. Paul’s AME as “a family-focused, multi-generational ministry.

We honor the traditions of the elders, but we are also intentionally contemporary in our Worship Experience.”