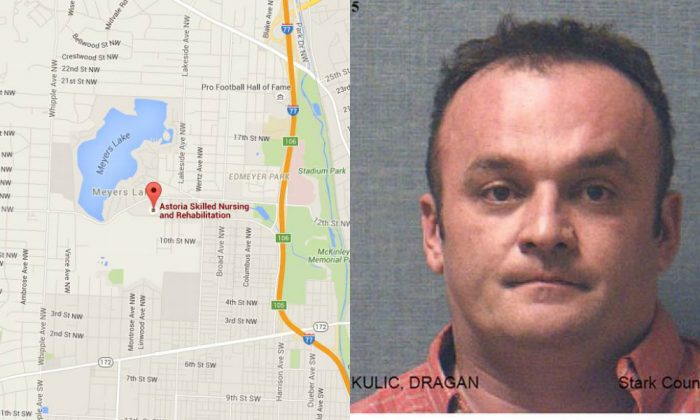 Google Maps and
US

Deputies in Stark County, Ohio, say that at least one person was killed at a nursing home in Canton Township.

The owners of Astoria Nursing Home told FOX-8 that a nurse, 37-year-old Zeljka Sekulic, was leaving work when she was shot in the parking lot.

The sheriff’s office said the suspect is 37-year-old Dragan Sekulic, the estranged husband of the victim. He fled the scene in a 2016 GC Terrain with Kentucky license plate 714VBC.

According to the Canton Repository, Sekulic had been released on bond two days after he was arrested on Nov. 24 for ramming his estranged wife’s car. The car was left upside down in a ditch with her trapped inside.

Michael Slyk, one of the owners of the nursing home, told the Times Reporter that the home had been placed on lockdown for about an hour following the shooting. It now back to normal operations.

He said the victim had been a nurse “for some time” at the facility.