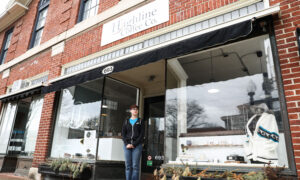 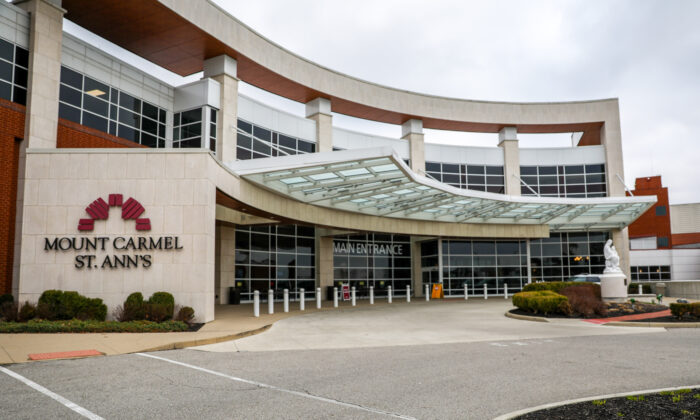 Ohio Nurse Practitioner: ‘We Understand That We Signed Up for This’

As hospitals ramp up, health workers are bracing themselves for an expected overwhelming surge in COVID-19 patients
By Charlotte Cuthbertson
Print

COLUMBUS, Ohio—Hospitals are emptying out, elective surgeries are canceled, and staff are preparing for the worst. The only visitors allowed are in end-of-life situations, and a woman in labor may bring only one support person.

“It feels like the calm before the storm right now,” she told The Epoch Times on March 20. But morale among staff is good. “I think we understand that we signed up for this.”

The nurse practitioner, identified as “Emily,” requested to use a pseudonym because she isn’t authorized to speak to the media.

Medical staff are being fitted for masks and will be supplied with one as needed, she said. Masks and gowns that are usually kept outside infectious patients’ rooms are now under the lock and key of charge nurses.

“Everybody’s not walking around in the hospital with a mask on. Right now, we’re being told that if you don’t feel you’re at any sort of risk, then you don’t need a mask or protective gear.”

Emily said among her staff, they’re socially distancing as best as possible, have stopped ordering group lunches, and are cleaning and wiping down all surfaces with alcohol or bleach three times a day.

“A lot of us feel like it’s inevitable that we’ll get the coronavirus at some point,” she said. “So how do we make sure that half of our staff isn’t out at once?”

She’s splitting her team in half and alternating half at home and half at work in case one team catches the virus. She said they’re not being tested unless they’re symptomatic—even if they’ve been exposed to someone who has COVID-19.

If they are tested, she’s been told their results will be fast-tracked, so that those who get a negative result can return to work.

She said health care workers are being told to expect a spike in hospitalizations starting around the end of March. The intensive care units have surge plans in place, and staff and management meet daily to update plans based on the latest information.

“I’m not a doomsday [person]. …  Most of the time I’m like, ‘It’ll be fine,’” she said. “Hearing about Italy scared me. When you hear, as a practitioner who watches people get put on the vent, that there might not be enough ventilators—that’s terrifying.

“Because then, you can’t do what you are trained to do, and you can’t help them. And that would be very, very hard.”

In Italy, doctors had to make decisions such as who among four sick people would get the one available ventilator.

On March 22, President Donald Trump said General Motors, Tesla, and Ford were all approved to produce ventilators to combat the CCP virus surge in the United States. The Epoch Times refers to the novel coronavirus, which causes the disease COVID-19, as the CCP virus because the Chinese Communist Party’s coverup and mishandling allowed the virus to spread throughout China and create a global pandemic.

During the previous week, bars and restaurants were closed unless they provided carry-out; hair salons and barber shops were ordered shut; and all nonessential businesses were shuttered.

As of March 24, there were 564 confirmed cases of COVID-19 in Ohio, with 145 hospitalized and eight deaths, according to the Ohio Department of Health portal.

“The whole point of what we’re doing right now, with the social distancing, and being at home, is to try to flatten that [curve] and make it more of a hump,” Emily said, describing the potential overwhelming spike in hospitalizations.

“And we think it may last a little longer, but it won’t be such a surge, which is what we’re trying to avoid. Because the hospitals can only take so much. So it may be harder for us longer, but not as hard.”

The unknown is the most difficult part to deal with, Emily said. “And a little bit of the fear.”

She said she’s hearing stories of health care workers in New York working 48-hour shifts. New York is the hardest-hit area so far in the country, with more than 20,000 confirmed cases as of March 24.

Needing to prepare for Ohio’s surge, Emily has already sacrificed her family vacation. Her husband and three young children left without her last week.

“We were all supposed to go on spring break and then, when this all happened, it became evident that I was probably not going to be able to travel—just due to needing to plan all of this and be here for not knowing exactly when all of this is going to hit,” she said.

“So it was difficult, but I said to my husband, ‘You should still go. I don’t know how much exposure I’m going to get and how much risk I’m going to have. This way you’re not getting exposure to me, and if I were to get ill, I can quarantine myself and I don’t have to worry about telling my kids to stay away from me.’”

Emily was a nurse during both the SARS outbreak in 2003 and H1N1 pandemic in 2009, and she said the responses then were nowhere near the degree we’re seeing today.

“They got worried, but it never reached the part where we’re at now of trying to get everybody ready, making sure everybody’s fitted for masks, making sure we all know what the process is—all that stuff,” she said.

The biggest issue this week, she said, has been dealing with people who want to be tested, but don’t need to be.

“It’s a big culture change and a big mindset change, because health care has become a lot about customer service and customer satisfaction,” she said.

She says people are scared and show up wanting to be tested, even though they don’t meet the testing criteria. Emily said the concern is that, by using the test on a young, healthy person, that test becomes unavailable for someone who really needs it.

And the young, healthy person will receive the same instruction—go home, rest, and socially distance.

“But getting people to realize that is very difficult. Because a lot of people come into the emergency room: ‘I don’t feel good and you have to keep me here until you figure out what’s wrong.’ And that’s a mentality,” she said.

The burden on hospitals isn’t all virus-related, she said.

“There are still people who need to be in the hospital for other reasons,” she said.

“This is going to sound bad, but we went into medicine for this type of thing—to help people, not to talk about whether you’re outpatient or inpatient, or how your billing is going to work, or what your insurance covers.

“So this is nice from that standpoint—it’s never nice to have a pandemic or people get sick, but it’s nice to be able to do what I trained to do.”