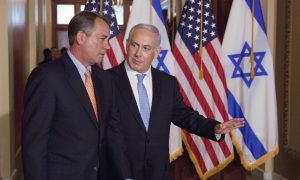 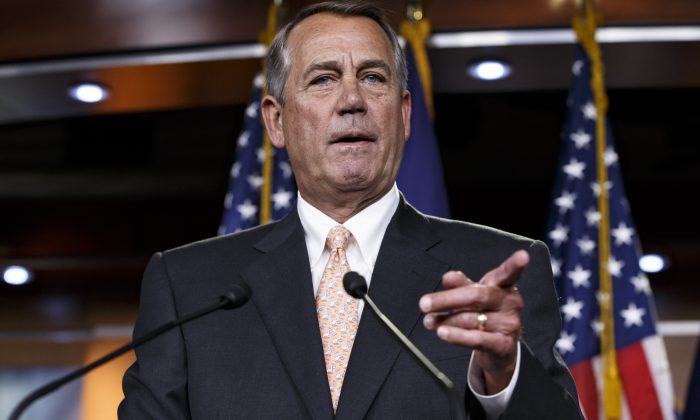 Ohio Man Accused of Threatening Boehner to Go on Trial

CINCINNATI—A former Cincinnati-area bartender who said he heard the devil’s voice telling him that House Speaker John Boehner was evil is set to go on trial Monday in federal court on charges he threatened to kill the Republican lawmaker.

Michael Hoyt has pleaded not guilty to a charge of threatening to kill a government official. He is scheduled for a nonjury trial in U.S. District Court in Cincinnati. Authorities have said in court documents that he threatened to kill Boehner with a gun or by poisoning his drink.

Court documents also indicate that Hoyt, of the Cincinnati suburb of Deer Park, has a history of mental illness. But Judge Timothy Black in April ruled that Hoyt was competent to stand trial, based on a report from a medical facility where Hoyt was sent for evaluation and treatment.

Hoyt’s attorneys have said they plan to argue he was insane at the time of the alleged crime. He could be sentenced to up to 10 years in prison if found guilty.

Hoyt was indicted in January. A separate criminal complaint filed in November 2014 said he was fired last fall from a suburban country club where Boehner is a member. Authorities say Hoyt said he began hearing the devil’s voice after his firing, telling him Boehner was evil.

Boehner Prepared to Let the DHS Shut Down

Hoyt was treated for a psychotic episode about two years earlier and later stopped taking prescribed medication, according to the complaint. The complaint said Hoyt came to authorities’ attention when he called 911 on Oct. 29 and told officers dispatched to his home that he had been fired from the country club where Boehner was a member and “did not have time to put something in John Boehner’s drink.”

Hoyt also said he had a loaded gun and was going to shoot Boehner, the documents added.