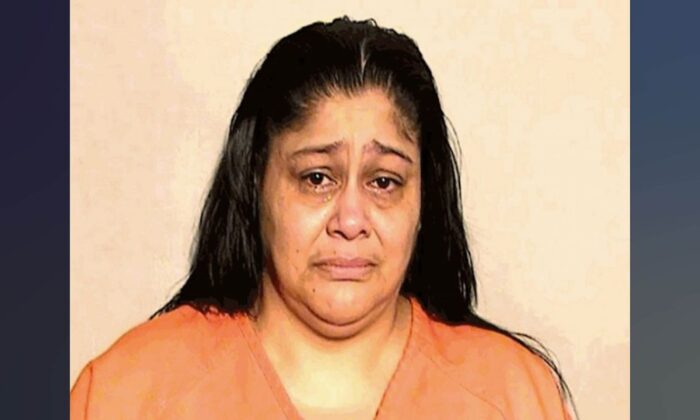 Yisenya Flores has been charged in her grandson's death. (Lucas County Corrections Center)
Crime and Incidents

A grandmother in Ohio has been charged with the murder of her 5-year-old grandson, accused of beating him so severely that he died from his injuries.

Officials said that Yisenya Flores from Toledo waited until it was too late to call 911 after having hit her grandson, Anjuan M. Hare III, officials said in court documents reviewed by WTOL. Flores is accused of hitting the child late Sept. 18 but not calling 911 until after 6 p.m. on Sept. 19.

The Toledo Fire Department responded to the 911 call, with 45-year-old Flores having reported that her grandson had jumped from a bed and fallen onto the floor and, as a result, became unconscious from his injuries, reported WTVG. The child was transported to Toledo Hospital, where he later died.

Following an autopsy, the coroner said the boy’s body showed evidence of Battered Child Syndrome—older healing injuries were present, which suggested that the boy had been the victim of ongoing abuse, the outlet reported.

Furthermore, hospital staff told investigators that the boy’s injuries did not look like they came from a fall as claimed by Flores, court documents reviewed by WTVG said.

When police interviewed the grandmother, she admitted to having hit her grandson but didn’t call 911 until the next day, even though she said she had noticed her grandson acting “lethargic and semi-unresponsive” and unable to get up from the floor after having been hit by her, court documents said, according to WABC.

The New York Daily News noted that according to online jail records, Flores also has a series of driving-related charges.

If you suspect a child is being abused or neglected in the United States, contact your local child protective services office or law enforcement agency so officials can investigate and assess the situation. Most states have a number to call to report abuse or neglect.

The Childhelp organization can also provide crisis assistance and other counseling and referral services. Contact them at 1-800-4-A-CHILD (1-800-422-4453).

An estimated 674,000 children were determined to be victims of maltreatment in 2017, according to the Department of Health & Human Services’ Administration for Children and Families in its report released in January 2019.