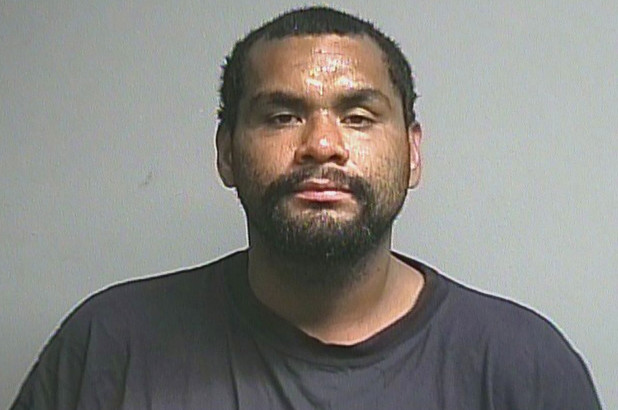 An Ohio man who directed a torrent of abusive language at a judge during sentencing had his punishment extended by six years.

Manson Bryant, 32, was initially sentenced to 22 years when he faced a judge in Lake County Common Pleas Court in Painesville on March 1, according to WOIO. After launching into an abusive tirade in court, however, Bryant received a sentence of 28 years behind bars.

“I’ve made a lifetime of bad decisions,” Bryant told Judge Eugene Lucci, referring to a criminal history that included a recent felony charge of aggravated robbery and kidnapping following a home invasion last year, according to a Facebook post from the Lake County Sheriff’s Office.

“I am truly sorry. I respect you and I respect your decision,” Bryant said moments before Lucci delivered the verdict, WOIO reported.

Courtroom video showed the judge saying that he was sentencing the defendant “for a total of 22 years,” adding that “the court determines that you have or will have the ability to pay restitution …”

Lucci’s utterance was interrupted, however, by Bryant’s angry outburst.

Bailiffs restrained the visibly agitated Bryant as he continued to vent his fury.

“The defendant has shown me that he has no remorse whatsoever,” Lucci said, adding, “and therefore the court determines that maximum imprisonment is needed. So that’s 28 years.”

Lucci added: “He poses the greatest likelihood of recidivism. I apparently thought that he was more remorseful than what he was. He was just feeding me a line of bull.”

“It was clear that the remorse he was trying to portray was phony and that he wasn’t remorseful at all,” the judge told Fox affiliate WJW. “And that if given the chance, if I let him loose on society, he’s going to prey on other people.”

Daniel Williams, Bryant’s attorney, said his client had a “regrettable” reaction.
“I would only comment that sentencing hearings can be emotional for all involved. Mr. Bryant received a significant sentence, and had an emotional and regrettable reaction to it,” he said, according to WJW.

Williams said his client intends to appeal the verdict.

The crime Bryant faced sentencing for was a violent home invasion dating back to July 6, 2018, at a residence in Painesville Township.

According to the Lake County Sheriff’s Office, the victim, Mr. Artura Gonzalez, said that at about 4:50 a.m. that day two males entered his bedroom and brandished a firearm.

“Mr. Gonzalez explained that he was in fear for his life as one of the males pointed the black firearm at him,” the LCSO said in a statement, adding that the victim “believed the trigger was pulled as he heard a ‘click’ from the weapon.”

The statement went on to say that “both of the males continued to terrorize Mr. Gonzalez as he reported that the black gun was then physically placed on his head; at roughly the same time one of the males forcefully covered Mr. Gonzalez’s head with a blanket retrieved from his bed.

“One of the suspects held the blanket over Mr. Gonzalez’s face and proceeded to strike him. The firearm was then placed into Mr. Gonzalez’s ribcage at which time one of the males stole his wallet from the pants he was wearing.”

The LCSO said in the statement that the two suspects stole cash, a gold ring, cellphone, and laptop.

Detectives launched an immediate manhunt for the suspects “due to the violence involved and danger to the community.”

Lucci told WOIO this wasn’t the first time Bryant targeted him with a foul-mouthed tirade.

In 2014, when Lucci sentenced him to 12 months in prison, he said Bryant walked out of the court saying, “Suck my [expletive], judge.”

“It seems to be a repeat pattern with him,” Lucci said.