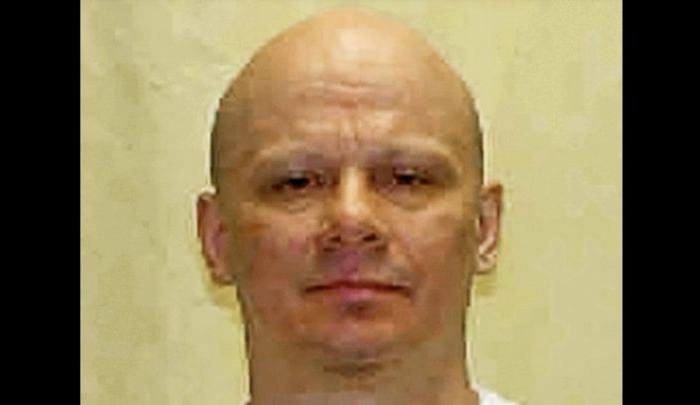 The Associated Press on Wednesday morning confirmed the execution of Robert Van Hook, 58, who killed David Self. (Ohio Department of Corrections)
US News

Ohio executed a convicted killer who strangled and stabbed a man he met at a bar in 1985, according to reports.

The Associated Press on Wednesday morning confirmed the execution of Robert Van Hook, 58, who killed David Self after picking him up in a Cincinnati bar. Van Hook had no remaining appeals, and Ohio Gov. John Kasich rejected his request for clemency, NBC4i reported.

Van Hook was described as “in good spirits and calm” Tuesday, the day before his execution, said prison spokeswoman JoEllen Smith. He chose double cheeseburgers, fries, strawberry cheesecake with whipped cream, a vanilla milkshake, and grapefruit juice as his final meal, officials said.

WLWT reported that Van Hook’s final words were to the victim’s family: “I’m very sorry for taking your brother’s life. I’m no good.” He then started singing.

According to the Columbus Dispatch, which also included the grisly details of Van Hook’s killing of Self, it was Ohio’s first execution in more than 10 months.

During his decades-long prison stay, Van Hook amassed a long record of offenses, according to the Dispatch. In prison, he stabbed another inmate in the face and chest, made threats to corrections officers, and damaged property.

The Self family wanted Van Hook to be executed, according to the paper.

Stew Mathews, who was Van Hook’s lawyer more than 30 years ago, acknowledges the conviction for killing but stated he believes Van Hook should never have been sent to death row, citing a statute in Ohio at the time. But Hamilton County Joe Deters said Tuesday, “This is a vicious killer,” Fox19 reported.

At the time of the murder, Van Hook, a veteran, was suffering from long-term effects of untreated mental, physical, and sexual abuse as a child, his attorneys had argued.