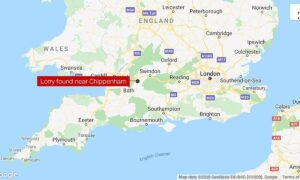 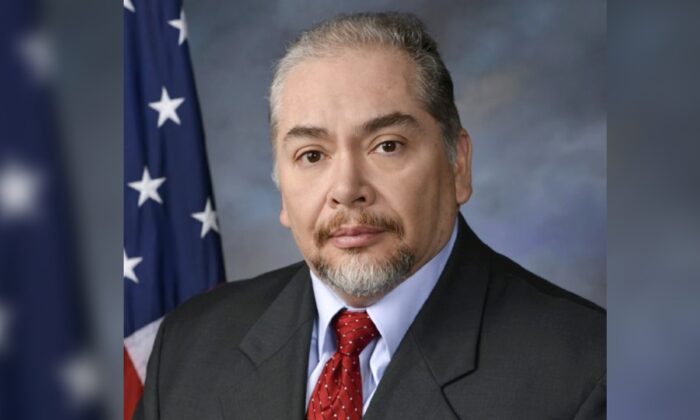 An Ohio police officer passed away after being shot twice in the face while in the line of duty on Nov. 4.

“We are heartbroken to announce the passing of Det. Jorge Del Rio who succumbed to a line of duty injury today November 7, 2019,” the Dayton Police Department wrote on Twitter, “Earlier today at Grandview Hospital, Det. Del Rio acted to save lives through the generous gift of organ donation.”

Del Rio had been with the Dayton police department for 30 years and was shot while he was serving a drug-related search warrant with a Drug Enforcement Administration (DEA) task force, said Dayton Police Chief Richard Biehl, reported Fox19.

We are both humbled & grateful for the outpouring of support we’ve received for Det. Jorge DelRio, his family & friends & his law enforcement family.
A former #DEA colleague of Det. DelRio said, “Jorge, regardless of agency, brought people together.” And he continues to do so. pic.twitter.com/tsvRiMrCcQ

“Detective Jorge DelRio dedicated his entire career to combating illegal drugs that have plagued our community. There’s no doubt that through his hard work and dedication, Detective Del Rio has saved and changed countless lives. Through his own sacrifice and peril, Jorge exemplifies the Dayton Police Department’s motto of ‘Honor through Service and Service with honor,” said Biehl.

#OfficerShot – The detective who was shot is Jorge DelRio, a 30 year veteran of our department. Det. DelRio has been with the DEA task force since 2000.

Three suspects are facing federal charges related to the incident and are being held at the Montgomery County Jail.

They have drug-related charges and one of them is accused of assaulting a federal officer.

#OfficerShot – Dave DeVillers U.S
Attorney for the Southern District of Ohio: The suspected shooter Nathan Goddard is charged with felonious assault on an agent. The 2 other adults are facing federal drug conspiracy charges.

#OfficerShot – A large amount of suspected fentanyl was found in the home along with cash & weapons. Detectives are searching the home & processing evidence. This is a very difficult day for our dept. & our federal partners. Please keep this officer & his family in your thoughts.

A Texas police officer was shot in the head and leg during a traffic stop in Denton on Oct. 29.

Denton Police Department wrote on their Twitter account at almost 4 a.m. on Oct. 29:  “Just after midnight this morning, Denton PD was involved in an officer-involved shooting. One officer is currently in critical condition at a local hospital and two persons of interest are detained. Denton PD will be holding a media conference at 3:45 a.m. at 719 E. Hickory St.”

Just after midnight this morning, Denton PD was involved in an officer-involved shooting. One officer is currently in critical condition at a local hospital and two persons of interest are detained. Denton PD will be holding a media conference at 3:45 a.m. at 719 E. Hickory St.

The officer who was shot is 40-year-old Urbano Rodriguez Jr. He went through hours-long surgery and was in critical condition on Tuesday night.

Police Chief Frank Dixon said that Rodriguez was making a good recovery and has faith that he will be fine.

“[Rodriguez] has a long path to recovery, but I am keeping every faith in my heart that he will pull through,” said Dixon about the injured 5-year veteran officer, reported Dallas News.

“He exhibited all the qualities we want of our police officers,” Dixon said. “He was calm, he was professional. … But more importantly, he immediately went to rendering aid to our fallen officer.”

Rookie police officer Randy Cole was called in for help and opened fire at the perpetrators as he called for backup.

Cole hit both suspects in the arm who fled from the scene, and after a car chase, were arrested and taken to jail after being medically cleared.

“Stay with me, buddy,” a witness recalled the rookie officer saying. Dixon said that Cole exhibited commendable calmness and composure.

The two suspects are Antwon Donail Pinkston, 33, and Michele Stacey, 44, who were being inspected at the traffic stop for a “vehicle equipment violation,” according to Dixon.