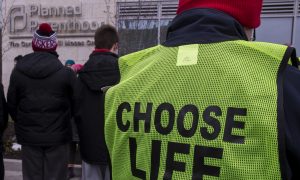 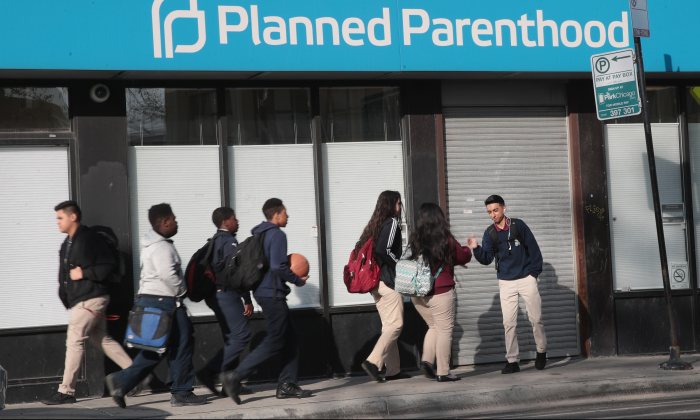 Pedestrians walk past a Planned Parenthood clinic in Chicago, Ill., on May 18, 2018. (Scott Olson/Getty Images)
US News

The Ohio Department of Health is terminating grants and contracts that send money to Planned Parenthood after a federal appeals court upheld a state law that blocks public money from the organization since it provides elective abortions.

The department notified recipients and contractors on March 21 that it will cut funding within a month to comply with the law unless the court delays the effect of its ruling as Planned Parenthood requested.

The department said the law requires it to ensure state and certain federal funds aren’t “used to perform or promote nontherapeutic abortions.”

The law targeted funding that Planned Parenthood receives through the Ohio Department of Health. That money is mostly from the federal government.

Taxpayers are overwhelmingly opposed to their money being used to perform abortions. Three in four American adults surveyed by Marist Poll in January said they’re against funding abortions with tax dollars. The same poll found that 84 percent of Americans support restrictions on abortion.

President Donald Trump signed a bill into law in 2017 which prohibits Planned Parenthood and other entities that commit abortion from receiving federal Title X funds.

The bill was drafted to reverse President Barack Obama’s executive order that granted the funds to the abortion industry. Obama had previously vetoed a bill that would defund Planned Parenthood. Planned Parenthood contributed to Obama’s campaign.

The Trump administration also approved a Title X rule change in February that could cut Planned Parenthood funding by up to $60 million. The rule required health care providers to be physically separated from abortion providers in order to be eligible for federal funds.

Fifteen states had defunded Planned Parenthood by the end of 2016, according to data reviewed by The Daily Signal, a media arm of the conservative Heritage Foundation.

Planned Parenthood performs more than one-third of all abortions in the United States, at a rate of more than 900 abortions per day, according to its annual report.

In late 2017, the Department of Justice asked for documents related to a Senate committee’s report on the transfer of fetal tissue by abortion provider Planned Parenthood.

The Department of Justice’s investigation will likely revive the controversy over fetal tissue transfers, which was sparked by videos released by the Center for Medical Progress in 2015.

The federal circuit court noted that Planned Parenthood executives have admitted to illegally altering abortion procedures and circumventing the partial-birth abortion ban in order to procure intact aborted baby bodies for greater profit. In one example, Planned Parenthood abortionists would sign a form stating that they did not “intend” to retrieve an intact fetus, purportedly to circumvent federal statutes.