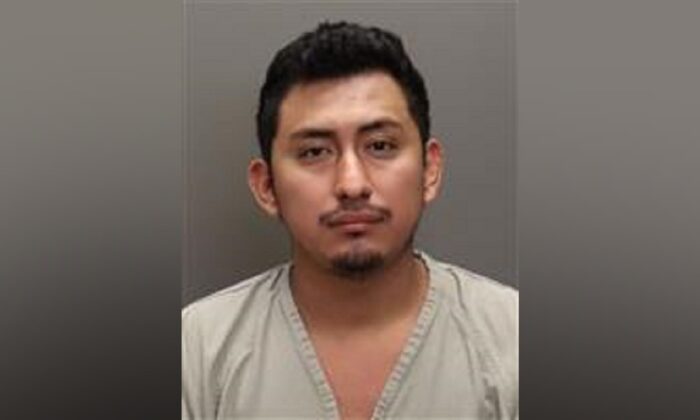 The man who allegedly raped a 10-year-old girl who later got an abortion is in the United States illegally, an official confirmed.

A U.S. Immigration and Customs Enforcement (ICE) official told The Epoch Times on July 13 that 27-year-old Gerson Fuentes is an illegal immigrant.

The man has no history of being deported, according to the agency.

The Epoch Times later obtained a court document that says Fuentes “is not a U.S. citizen.”

ICE lodged an immigration detainer on Fuentes after he was arrested by police officers in Columbus, Ohio. A detainer notifies local officials not to release a suspect, due to their immigration status, before alerting ICE, so federal officials can take the person into custody.

An ICE source told Fox News that Fuentes is originally from Guatemala.

Fuentes confessed to raping the 10-year-old, who has not been identified, according to the department. The victim identified Fuentes as the baby’s father.

A probable cause statement said that detectives collected a saliva sample from Fuentes. Testing is pending, a police detective said during the suspect’s arraignment earlier Wednesday.

Ohio Attorney General Dave Yost has said the girl could have received an abortion inside the state because the case fits within a part of the ban that says abortion is allowed “to prevent a serious risk of the substantial and irreversible impairment of a major bodily function of the pregnant woman.”

Fuentes was charged with rape of a child under the age of 13 and is being held on a $2 million bond, according to court records.

Fuentes was living at a residence in Columbus off Dumont Lane, according to the records. The records listed his date of birth as April 5, 1995, and the date of the offense as May 12, 2022. He was arrested on Tuesday.

The story of the rape was first reported by the Indianapolis Star, based on an account from pro-abortion doctor Caitlin Bernard.

No other evidence was provided in the initial report, and Yost had cast doubt on whether it happened.

“My heart aches for the pain suffered by this young child,” Yost said in a statement after Fuentes was arrested and charged. “I am grateful for the diligent work of the Columbus Police Department in securing a confession and getting a rapist off the street. Justice must be served and BCI stands ready to support law enforcement across Ohio putting these criminals behind bars.”

BCI refers to the Ohio Bureau of Criminal Investigation.

The account drew national attention when President Joe Biden made reference to the story while signing an executive order last week to try to make sure that women across the country can obtain abortions following the Supreme Court’s decision to overturn Roe v. Wade.