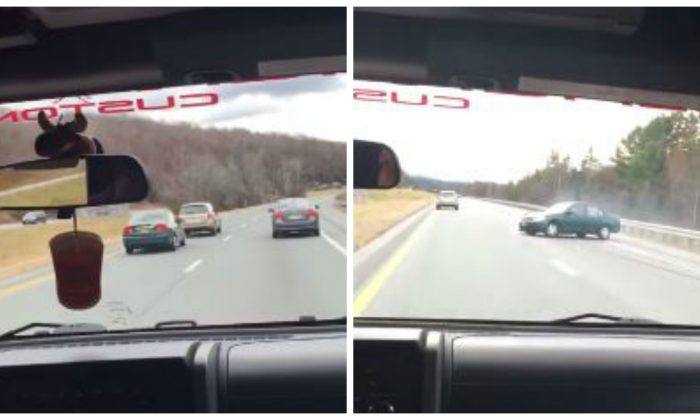 Two people driving down a New Hampshire highway over the weekend whipped out the camera to record a reckless driver.

The driver was tailgating another vehicle in the fast lane, which lots of people do.

But then the reckless driver took things to the next level when he was finally able to get past the vehicle he had been tailgating.

The unidentified driver, who was driving down I-89 South, passed the slow vehicle—then swerved in front of it. Note: Video contains strong language.

“Shortly after recording had begun he attempted to run another vehicle off the road then crashes into the guardrail,” the uploader wrote in the YouTube description.

The people recording the video were stunned by what happened.

Troopers later told WMUR that the driver was arrested in Grantham, as the section of the highway was between exits 14 and 15. The driver left the scene but was caught at exit 13.