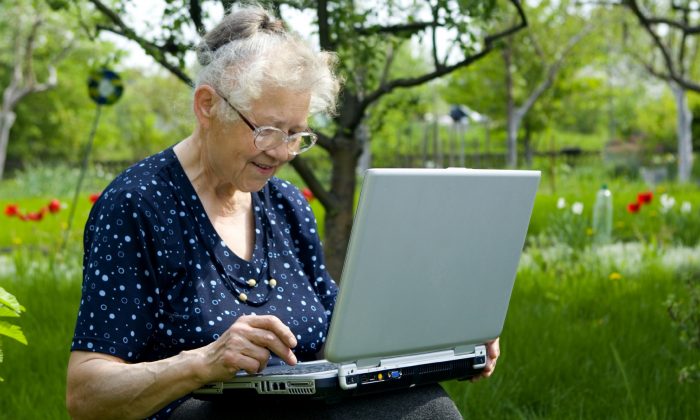 More than half of those aged 65+ are currently using the internet, up from almost 40% in the last study of 2010. (Marsza/iStock)
Europe

Although internet use is increasing among the older generation in Switzerland, a sizeable proportion of seniors are not yet online. Experts say they risk being cut off from key sources of information and social contact.

The number of seniors going online has risen by 47% in five years, according to a study carried out by Zurich University’s Center for Gerontology, on behalf of the organisation for older people, Pro Senectute.

“Nowadays, the internet has become so much a part of our daily life that seniors also want to profit from it,” said Béatrice Fink, a member of Pro Senectute’s board, about the rise in usage. “There is also segment of seniors retiring who have already used computers during their professional lives.”

“New tools like tablets, iPads, also make it easier for seniors to access the internet. We believe that this is a reason why the usage of these devices will strongly increase in the next few years,” she told swissinfo.ch at the report’s presentation in Zurich in early May.

There are nevertheless big differences within the group 65+, with internet use among those aged 65-69 almost akin to that of the general population.

Email and information searches, particularly on travel, official and health topics, were the most common uses of the internet among the older generation, with social media being less popular. E-shopping was also less favoured, mainly due to security concerns.

This still leaves 44% of seniors offline. They can be split into two groups, explained study leader Hans Rudolf Schelling, who is the managing director of the Center for Gerontology.

“There are the offliners who are technology interested but are reserved, have concerns about whether it is too difficult or costly. They need some support, practical help and encouragement by their social environment to make the step onto the internet,” he said.

“There are a lot of others who are not interested, who don’t see the usefulness of the internet for themselves.”

“There is a risk that those without internet access will find it increasingly harder to gain access to official information or preventative health actions and programmes,” Fink warned.

That is why Fink’s organisation is raising awareness of these issues and holding courses to facilitate access to the internet. One of its most popular courses, run jointly with the Swiss Federal Railways, is on buying tickets online.

Another innovation is the Computerias, a Swiss-German wide scheme offering courses and advice, run by seniors for seniors (and often supported by Pro Senectute).

When swissinfo.ch visited a course in Zurich, held in a Catholic Church community centre, several ladies, all in their golden years, were sitting at laptops, working away.

Their experience ranged from those who had used computers at work and wanted to branch out to, for example, internet telephony to keep up with family abroad, to those with limited contact – “my husband is the computer expert”, admitted one.

Technological Developments and the Future

“Computers used to be much more expensive, so this put people off. Only people who really wanted it had them, now everyone has one,” she recalled. “Websites have also got much easier to use and people who make their living from it have realised that everyone has to understand them, otherwise they can’t sell their products.”

You also no longer have to be an expert to use a computer, she added.

The study expects internet usage among “silver surfers” to increase further and for the digital gap between generations to narrow, even if it won’t totally close, due to new technologies arising all the time.

But it pointed out that it should be acceptable for older people to remain internet free. They must not become socially marginalised as a result. Nor should the internet be considered the “catch-all” solution for social problems and isolation.

“For people who are not able or willing to use the internet, alternative ways of accessing information, such as bank counters, must be guaranteed,” study leader Schelling said.

This article was originally published on SwissInfo.ch.