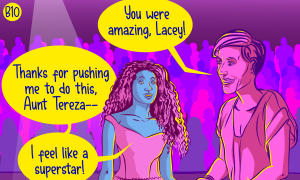 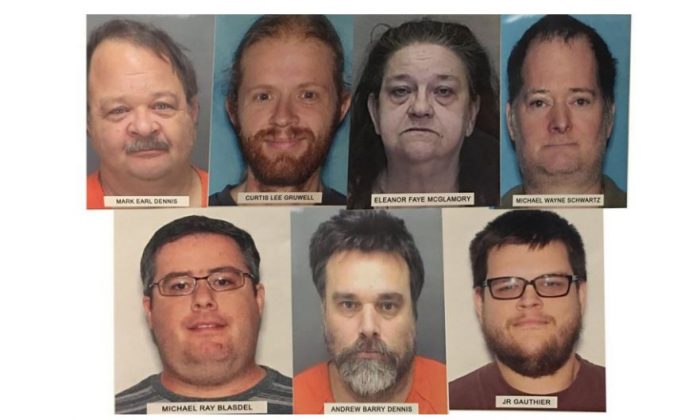 Authorities said two teenage boys were found in a squalid mobile home in Florida and that one of them was lured there through a gaming application.

The St. Petersburg Police Department conducted the raid, which ended with seven arrests.

In a press conference on Jan. 14, officials said the raid revealed two teen boys, ages 16 and 17, and that the latter had been lured from Louisiana through the gaming app Discord. According to the app, its used for calls and text chats between gamers.

One of the boys was repeatedly sexually abused.

Six people were arrested and the last suspect turned himself in on Jan. 15.

“As a mother, I cannot begin to stress how disturbing the facts of this case are for me,” Moody said in a statement.

Officials said the reason the investigation took so long was its complexity. They also believe there may be more victims of the sex traffickers.

.@AGAshleyMoody joined #stpetepd Chief Holloway today to announce the arrests of 5 men, 1 woman in a human trafficking case where they lured a teen to use as a sex slave. One suspect still at large. @MCSOFlorida @leesheriff assisted. pic.twitter.com/DidxSnPptm

They said the 16-year-old boy met with the Dennises when he was 15, lured by a family acquaintance, McGlamory, who promised him a better life. Several weeks later, he left his family’s house, asking them not to look for him, and moved into the trailer with the men, along with Blasdel and Gauthier.

All four men sexually abused the boy, officials said and forced him to live on a small mattress that was surrounded by animal cages and waste. The boy was found by officials searching for the 17-year-old who was lured through the Discord app.

“The teenage victim, in this case, was lured away from his family with promises of a better life. Instead, he was moved into a filthy trailer and used as a slave for nearly a year,” Moody said.

The men face charges of sexual battery of a child under the age of 16 while all seven defendants face charges of conspiracy to commit human trafficking and interference with custody.

The case highlights a big problem in Florida, Moody said.

“You would not think that you live in Florida, it’s an ideal place to live, work, and raise a family. We all know that, and yet we have the third highest incidents of human trafficking in the nation,” she said, reported Fox 13.

Experts said that sexual predators commonly use technology to try to lure minors to them.

“Traffickers and predators are using social media every single day to recruit children,” said Natasha Nascimento, the founder and executive director of Redefining Refuge, a Tampa Bay-based organization that helps young trafficking victims. “We’ve had children in our program who are born and raised sort of in foster care, unfortunately, and we’ve had kids in our program from seven-figure households where they have parents who are physicians. So, no child is exempt.”

Nancy McBride, the executive director of Florida Outreach at the National Center for Missing and Exploited Children, said that runaways, which make up the bulk of missing children cases, often involve technology.

Tech is utilized by online predators, McBride said, who exploit gaps when the children’s relationships with their parents aren’t strong.