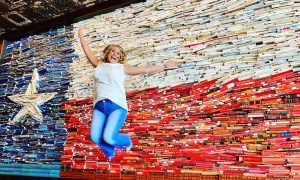 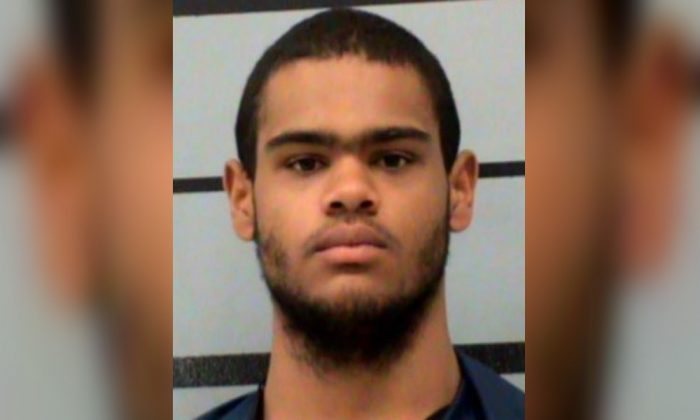 A Texas man was arrested after his grandmother found out about his plans to carry out a mass shooting at a nearby hotel, officials stated.

William Patrick Williams, 19, of Lubbock, was arrested by ATF special agents on Aug. 1 after he was hospitalized. It was several days before the massacres in El Paso, Texas, and Dayton, Ohio.

“This was a tragedy averted,” said U.S. Attorney Nealy Cox in a press release published on the Department of Justice’s website. “I want to praise the defendant’s grandmother, who saved lives by interrupting this plot, as well as the Lubbock police officers and federal agents who investigated his unlawful acquisition of a deadly weapon. If you suspect a friend or loved one is planning violence against themselves or others, do not hesitate to seek help immediately by calling law enforcement.”

According to the release, Williams told his grandmother that he obtained an AK-47 rifle and was planning to shoot up a local hotel before committing suicide by cop.

The grandmother, who was not named, convinced the teen to allow her to bring him to a hospital.

Williams then allowed officials to search his room at the hotel. Officials found the rifle, 17 magazines, knives, a trench coat, black tactical pants, and a T-shirt with the words “Let ‘Em Come.”

Officials said he laid out his weapons on the bed so law enforcement could take them.

Federal agents arrested 19-year-old William Patrick Williams on Thursday after his discharge from a hospital.https://t.co/tlj4oYDKNI

“Agents discovered that although Mr. Williams’ driver’s license showed the family members’ address, Mr. Williams was actually living with a roommate at a different address, following eviction by his relatives. He had allegedly misrepresented his current address on the firearms transaction form,” the news release stated.

“The safety of our citizens is paramount,” said Lubbock Interim Police Chief Jerry Brewer. “When events like this occur we greatly appreciate the cooperative relationships with our federal law enforcement partners that enhance our abilities to protect the community.”

Williams could face as many as five years in prison if he is convicted.

NRA Issues Statement on Mass Shootings in Ohio and Texas

“The FBI worked closely with our partners at the ATF and Lubbock Police Department to prevent the defendant from potentially committing a violent act,” noted Matthew DeSarno, Special Agent in Charge of the Dallas Field Office. “This case is a perfect example of law enforcement agencies coming together to find a solution that protected the public from harm.”

Authorities didn’t release any other details about the arrest or details surrounding the case.

Two more victims of the mass shooting at a crowded Walmart in El Paso, Texas, over the weekend died at a hospital on Monday, raising the death toll for the attack to 22.

Dr. Stephen Flaherty said at a news conference that gunshot wounds of the patients treated at the Del Sol Medical Center have been “devastating and major.” He said one patient who died at the hospital had major internal abdominal injuries affecting the liver, kidneys and intestines.

That patient also received a “massive blood transfusion,” Flaherty said. The hospital didn’t release the names or ages of the two patients who died Monday, but hospital officials described one as an elderly woman.

Another patient remained in critical condition at the hospital and five others were in stable condition, two days after the Saturday attack in which more than two dozen people were wounded. Victims were also treated at other El Paso hospitals.