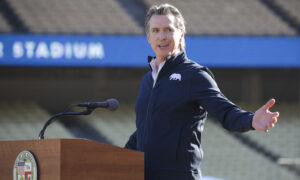 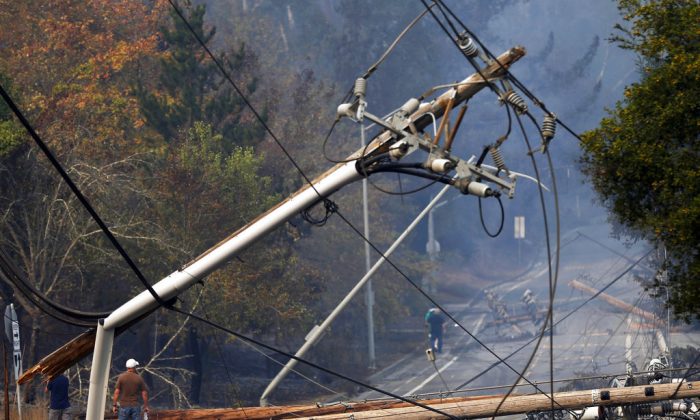 The finding adds to the growing financial liability of PG&E over wildfires in the state.

Its equipment has been blamed for starting 13 wildfires last year and the utility has told shareholders it expects to pay more than $2.5 billion in damages.

The California Department of Forestry and Fire Protection said Tuesday that strong winds in Yuba County, near Sacramento, caused the lines to touch, creating an electrical arc that sent molten material onto dry vegetation in last October.

The fire scorched 15 square miles and destroyed 264 structures. Cal Fire sent its report on the cause of the blaze to the Yuba County district attorney.

The wildfire swept through Northern California during the state’s deadliest and costliest wildfire season. The fires killed 44 people and destroyed more than 5,000 homes.

State officials say insured damages alone topped $9 billion and PG&E could be liable for much of it. Insurance companies have filed dozens of lawsuits calling for PG&E to reimburse them for settling claims from policyholders.

California law compels utilities to pay for damages from wildfires if their equipment caused the blazes—even if the utilities weren’t negligent.

PG&E spent millions of dollars in an 11th hour lobbying effort at the end of the California legislative session in a failed attempt to change the law to reduce its financial liability.

Paulo said, “we recognize we all need to do even more to help reduce the risk of wildfires and are committed to working together with our state and community partners to develop comprehensive safety solutions.”

Paulo said the utility is working on improving fire prevention by strengthening poles and lines, upgrading weather modeling and clearing vegetation around equipment.

Fire investigators have blamed PG&E equipment for 12 wildfires last year in wine country, including two that killed a total of 15 people.

In eight blazes, Cal Fire investigators said they found evidence of violations of state law and forwarded the findings to county prosecutors.

Cal Fire hasn’t determined fault for the Tubbs Fire, the most destructive in state history that destroyed thousands of homes and killed 22 people in Sonoma County.